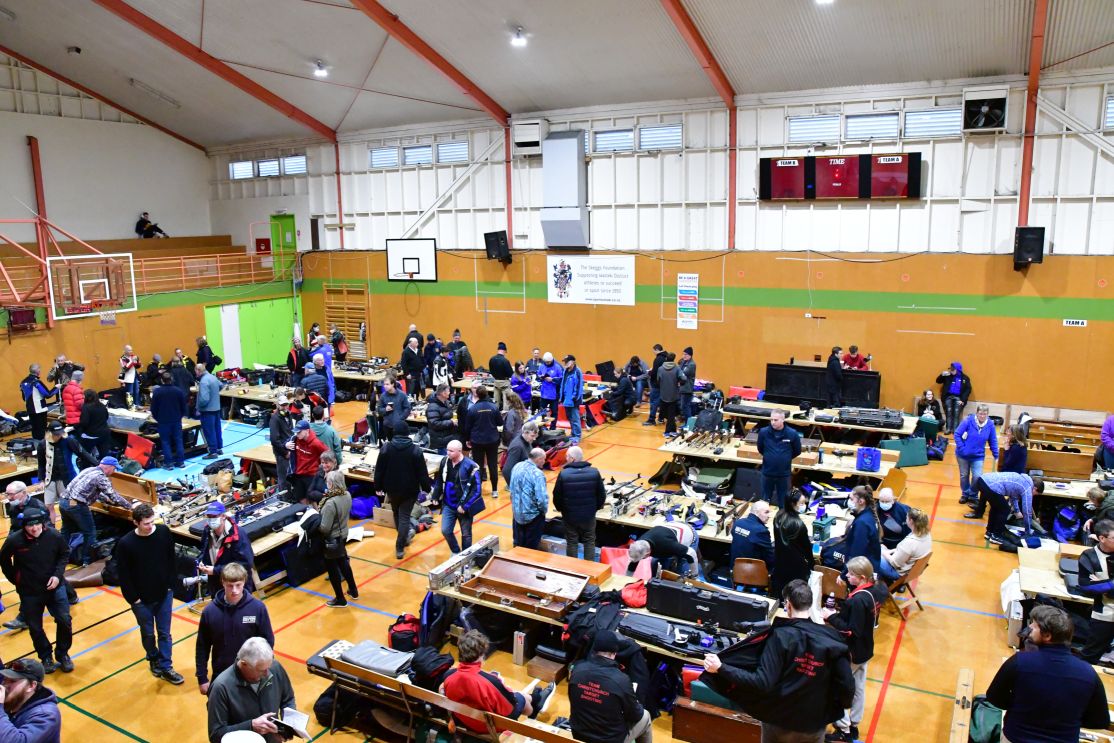 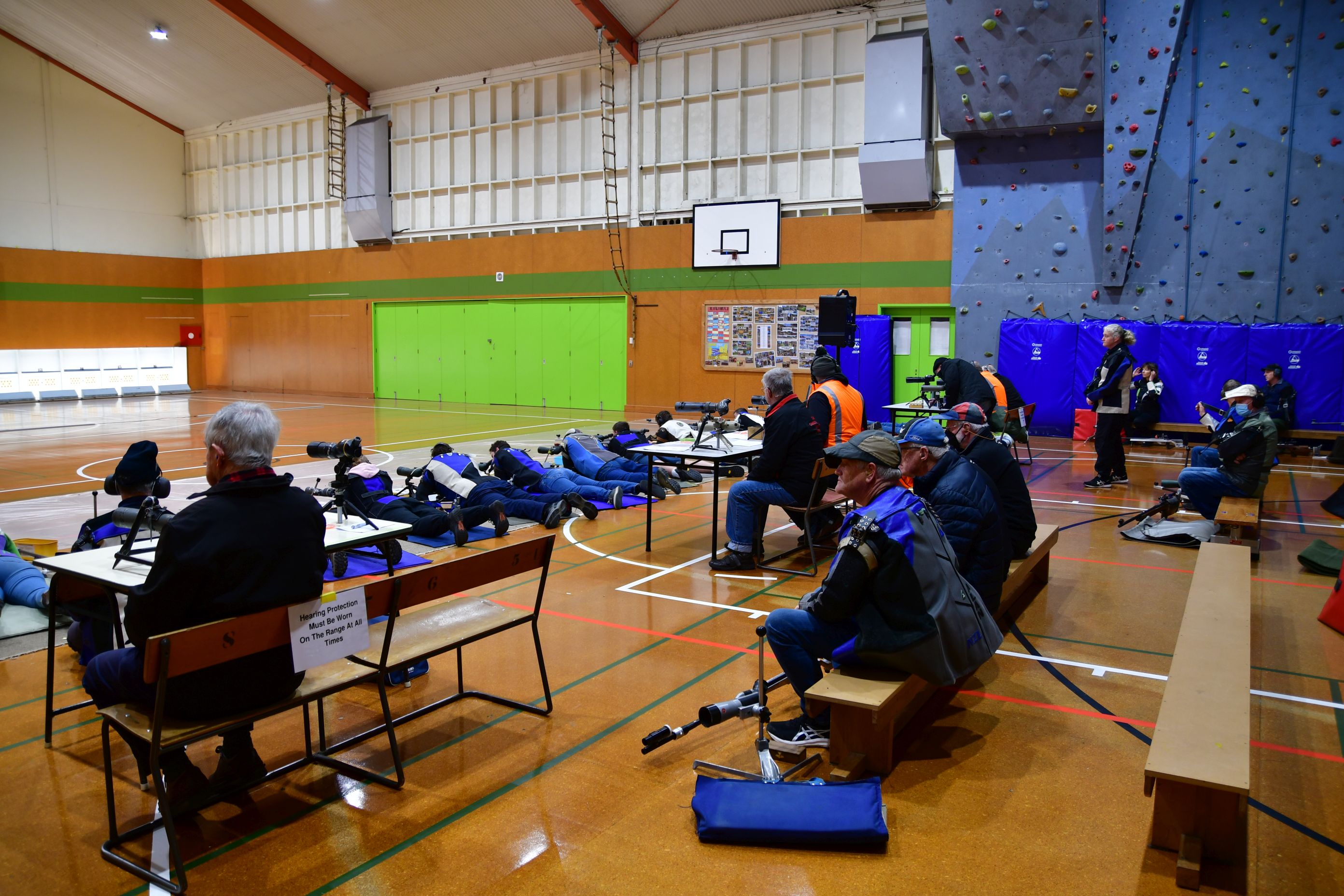 The 2022 Andrew & Faulkner Shield competition was hosted in Oamaru by the Combined Southland Associations, with assistance from East Otago.    With 225 shooters, including 11 Junior teams, it was a big day’s shooting, many old friends had their annual catch up, and an estimated 23.5 kg of lead was sent downrange. 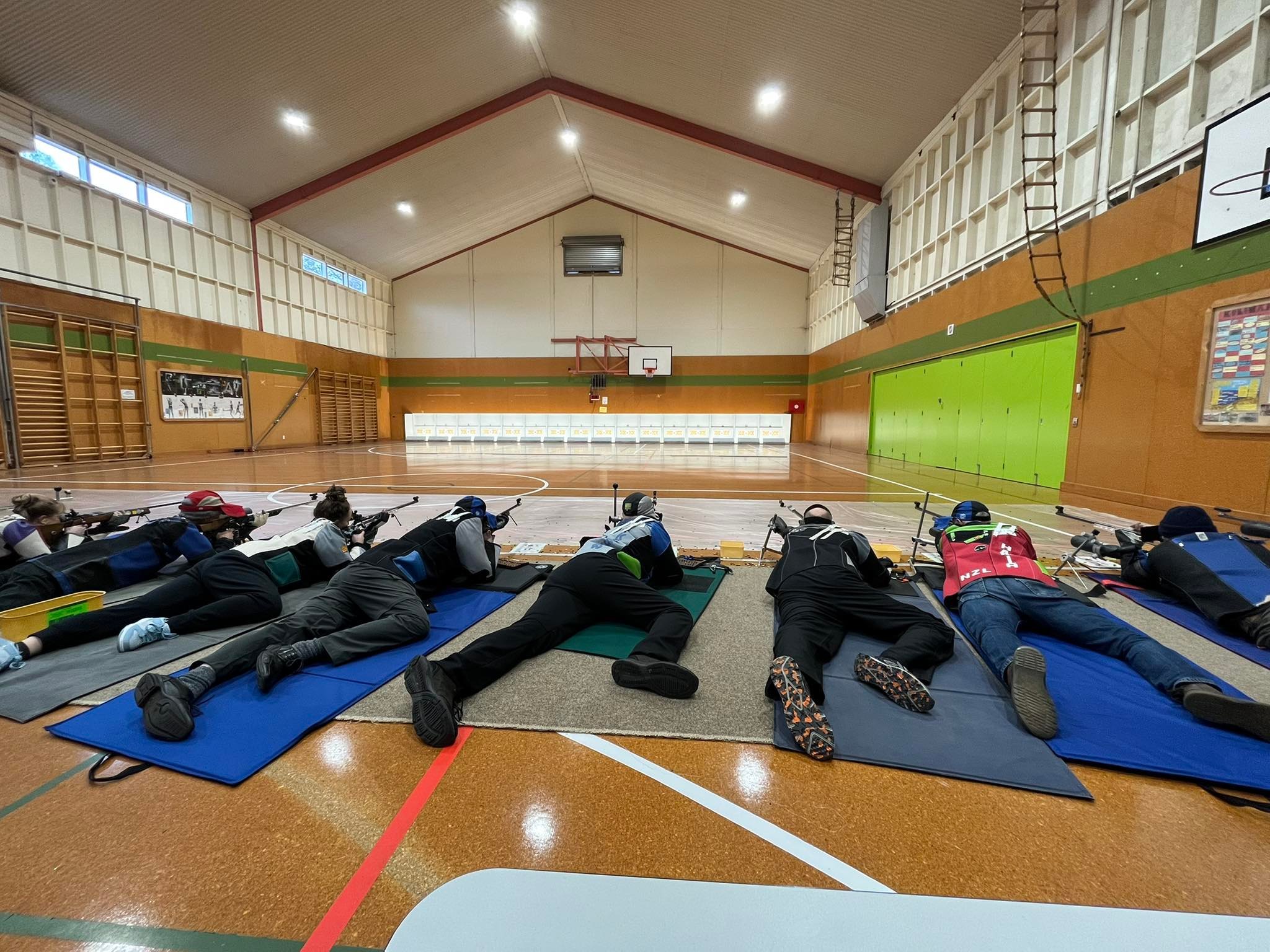 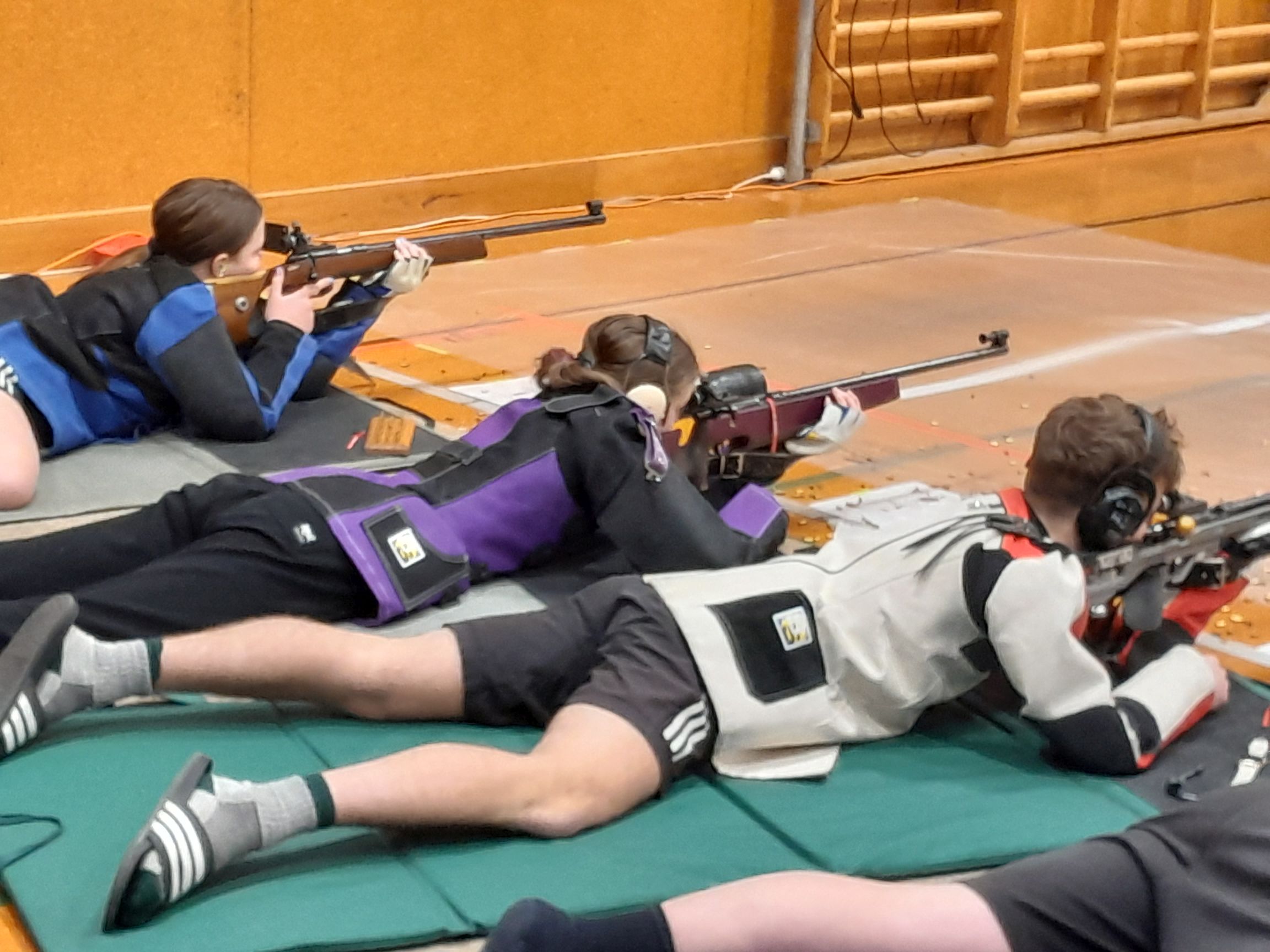 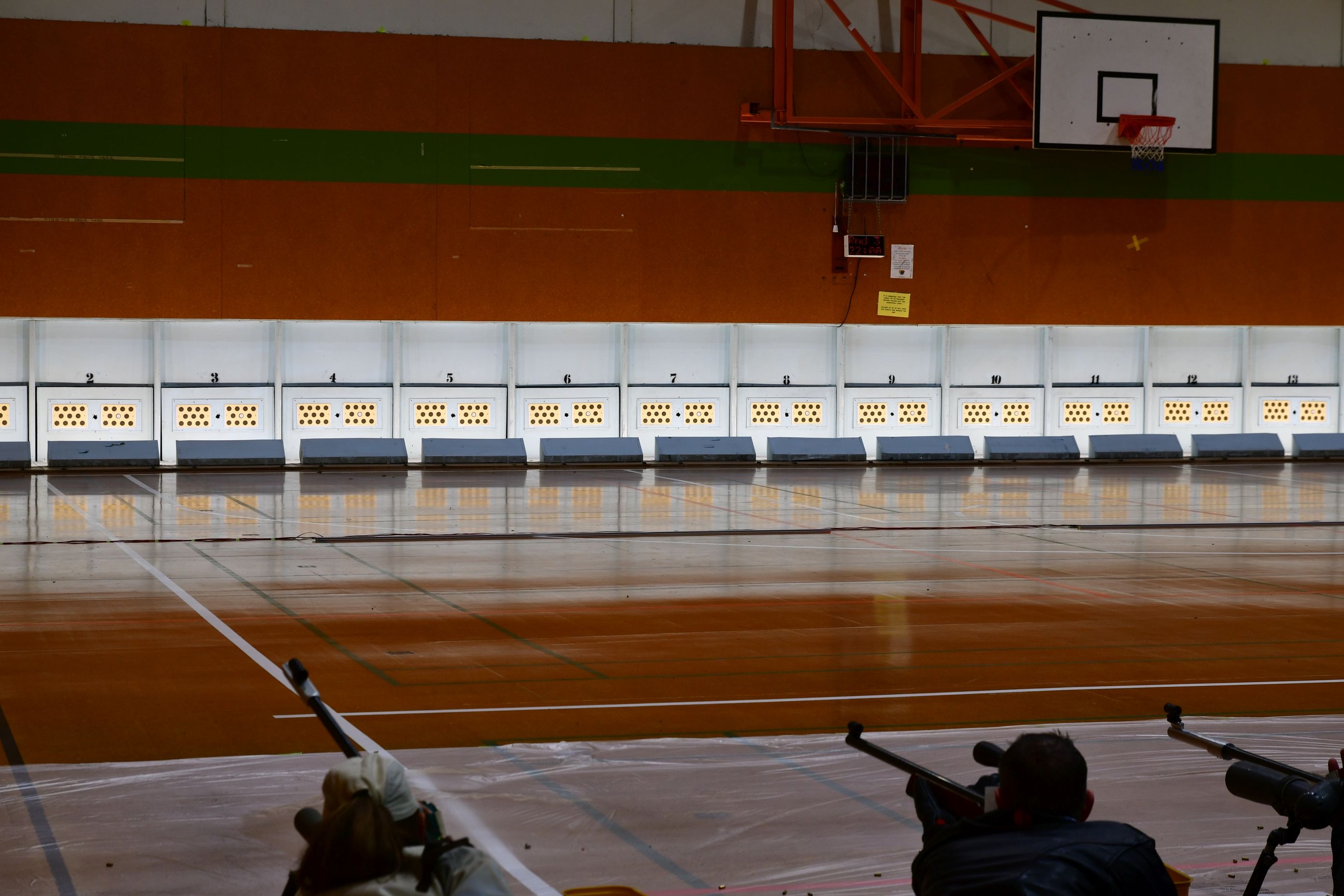 The Christchurch team came back in the single round to head off Marlborough for the Shield, also winning the top 5 trophy.

Top individual was Tony Black on 298.28, but only on countback from Top Junior Nicole Curtis.  See you all in Nelson next year (2023). 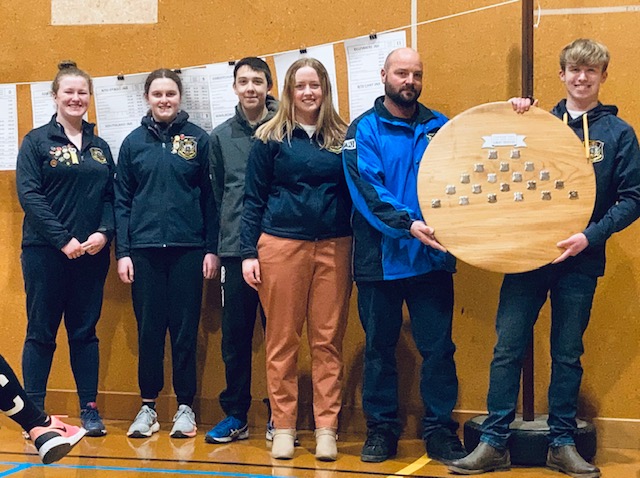 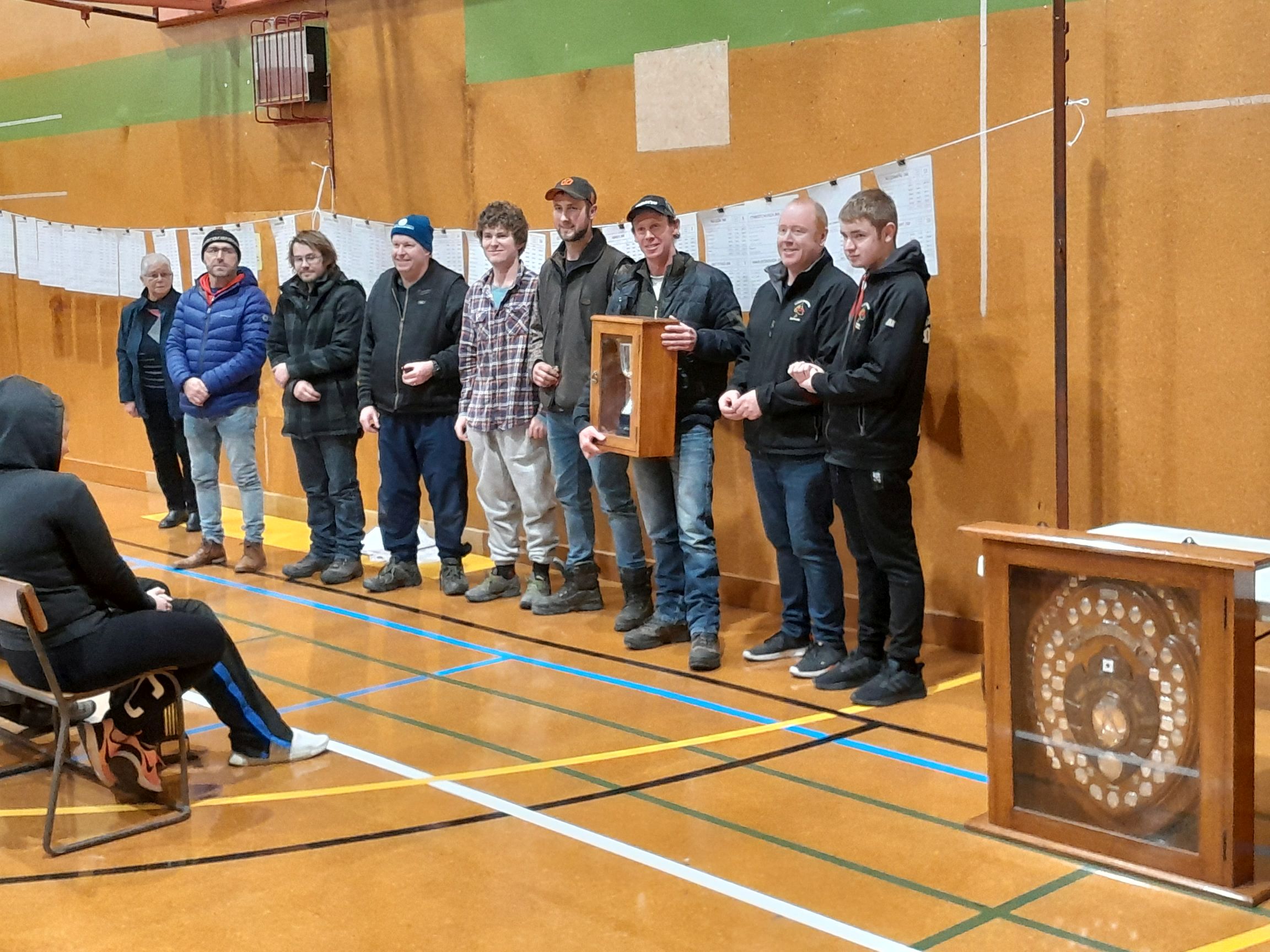 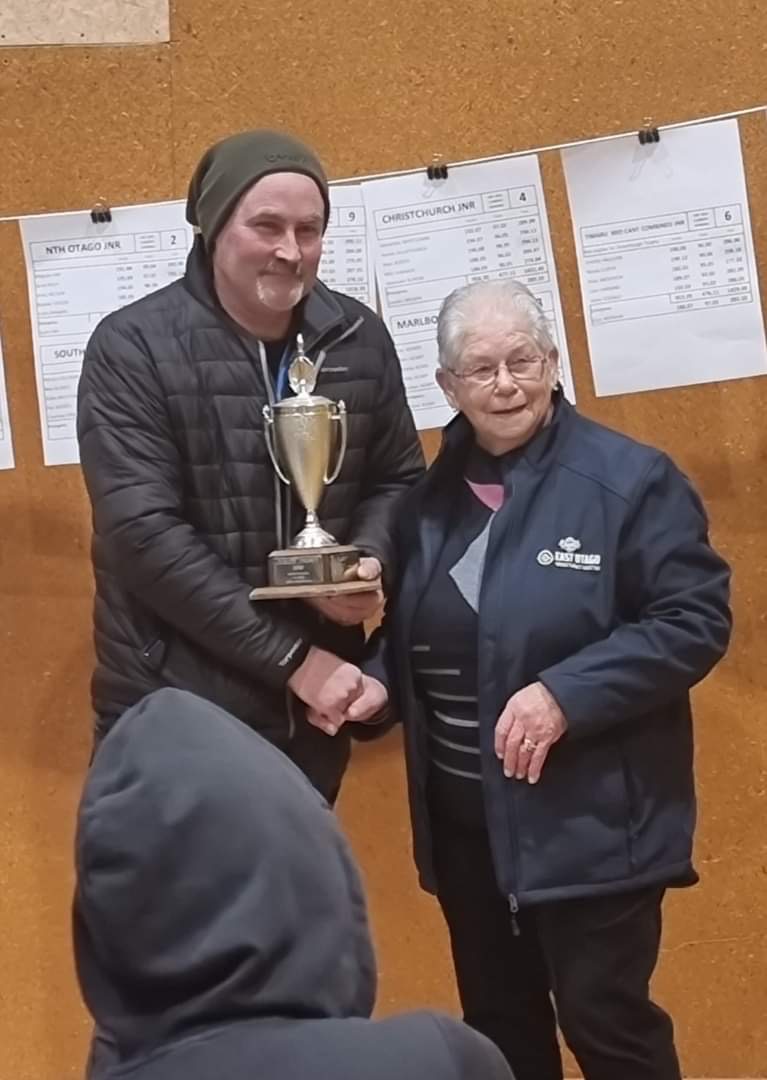 Great to see South Island teams back together for the Andrew & Faulkner Shield match in Ashburton recently. Hosts Mid Canterbury did a great job setting up a temporary range  in a commercial building, complete with covered walkway to the equipment room.  With 16 full teams, a half team, and 8 Junior teams there were 225 competitors in all, arguably the biggest shoulder to shoulder shoot in NZ. 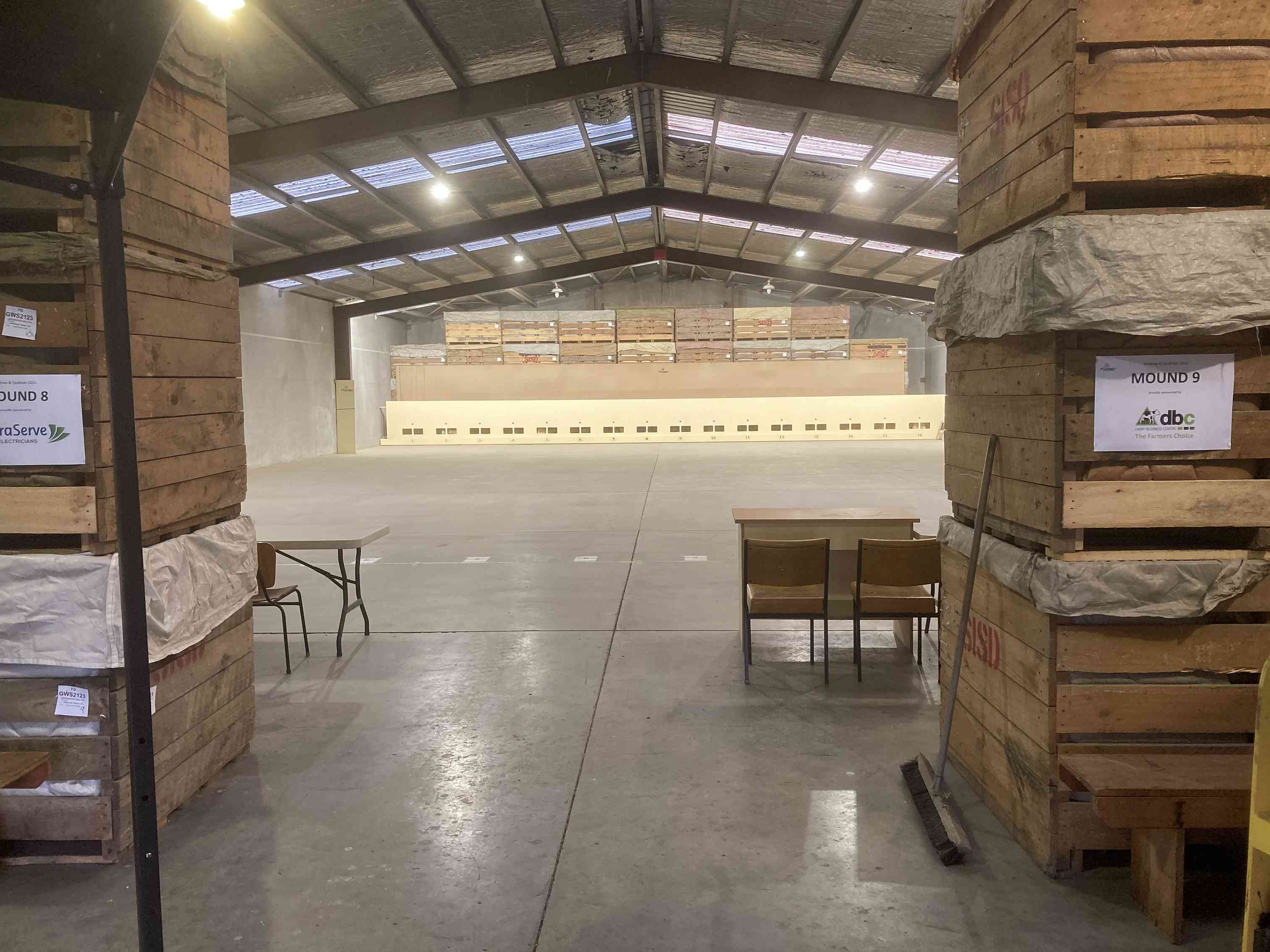 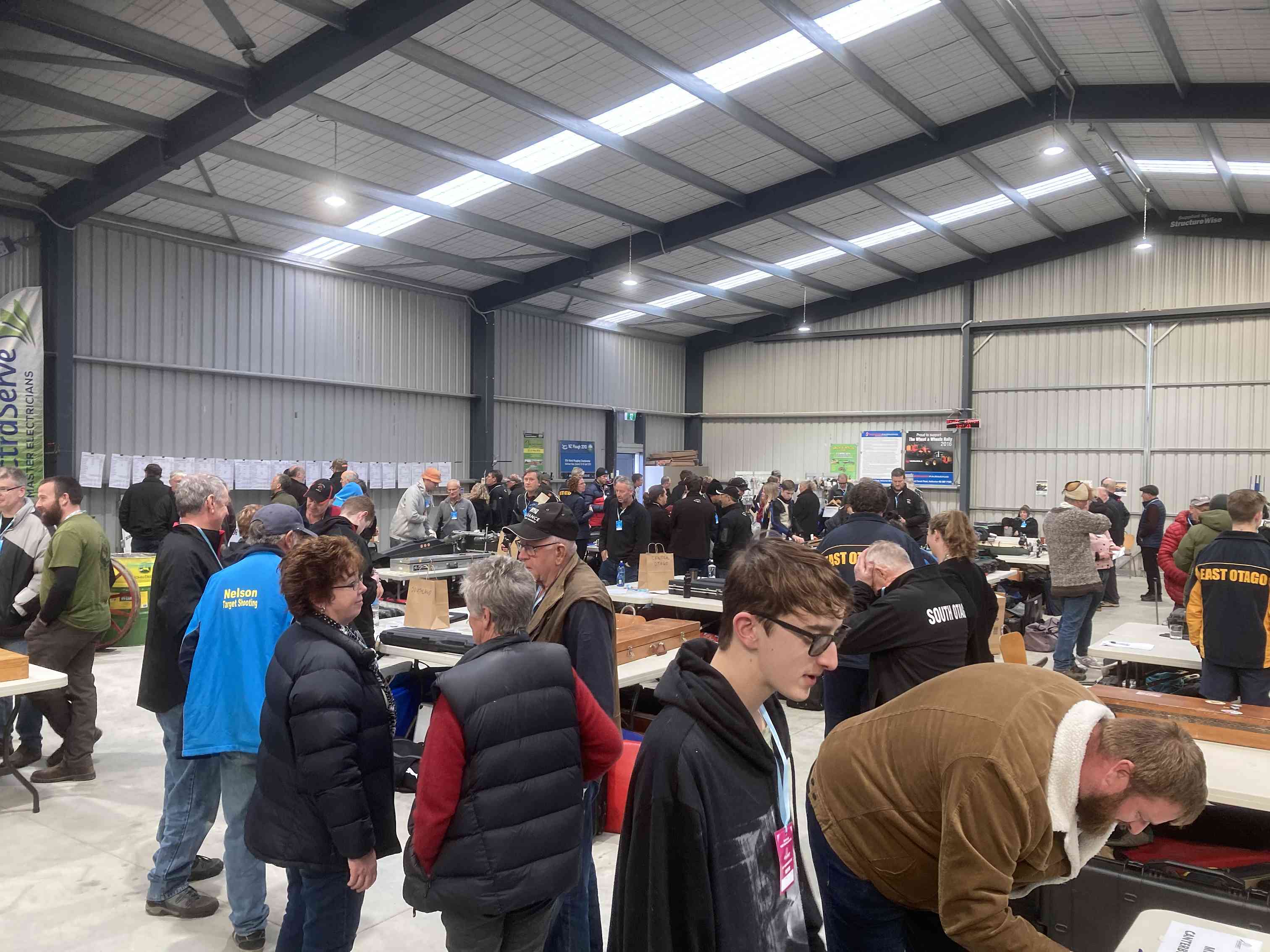 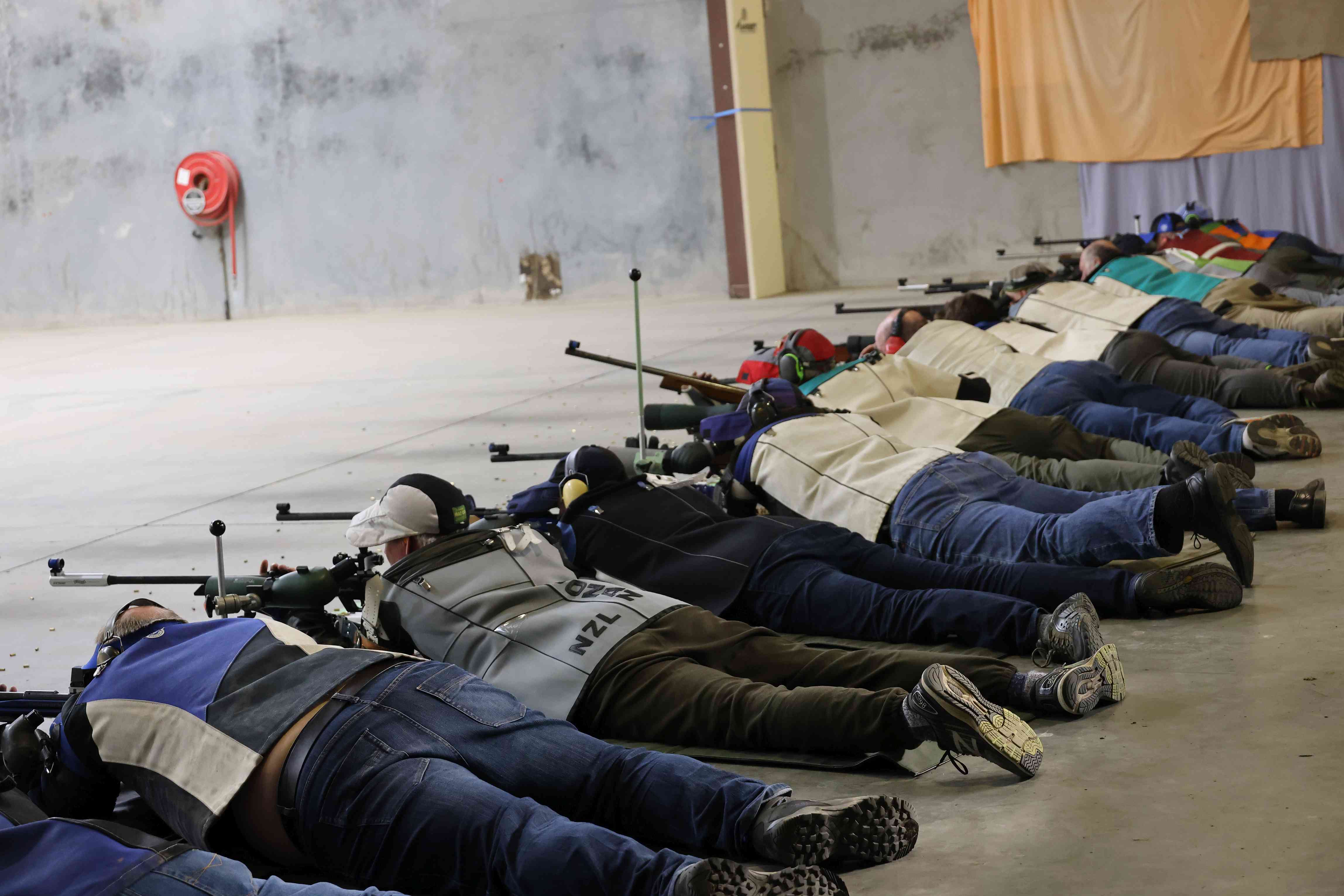 It was a a big task for the local organisers, but the day went smoothly, with very few issues.  Shooting spanned ten and a half hours, giving time for lots of catching up by competitors, many of whom only get to see each other at this match each year.  A dinner to follow gave more time to relax, and renew old friendships.

TSNZ and Shooting Stuff both had their shops set up, giving Mainland shooters a  rare chance to view goods before buying, sales were reportedly very good.  Catering by a local school committee was very popular, and well appreciated 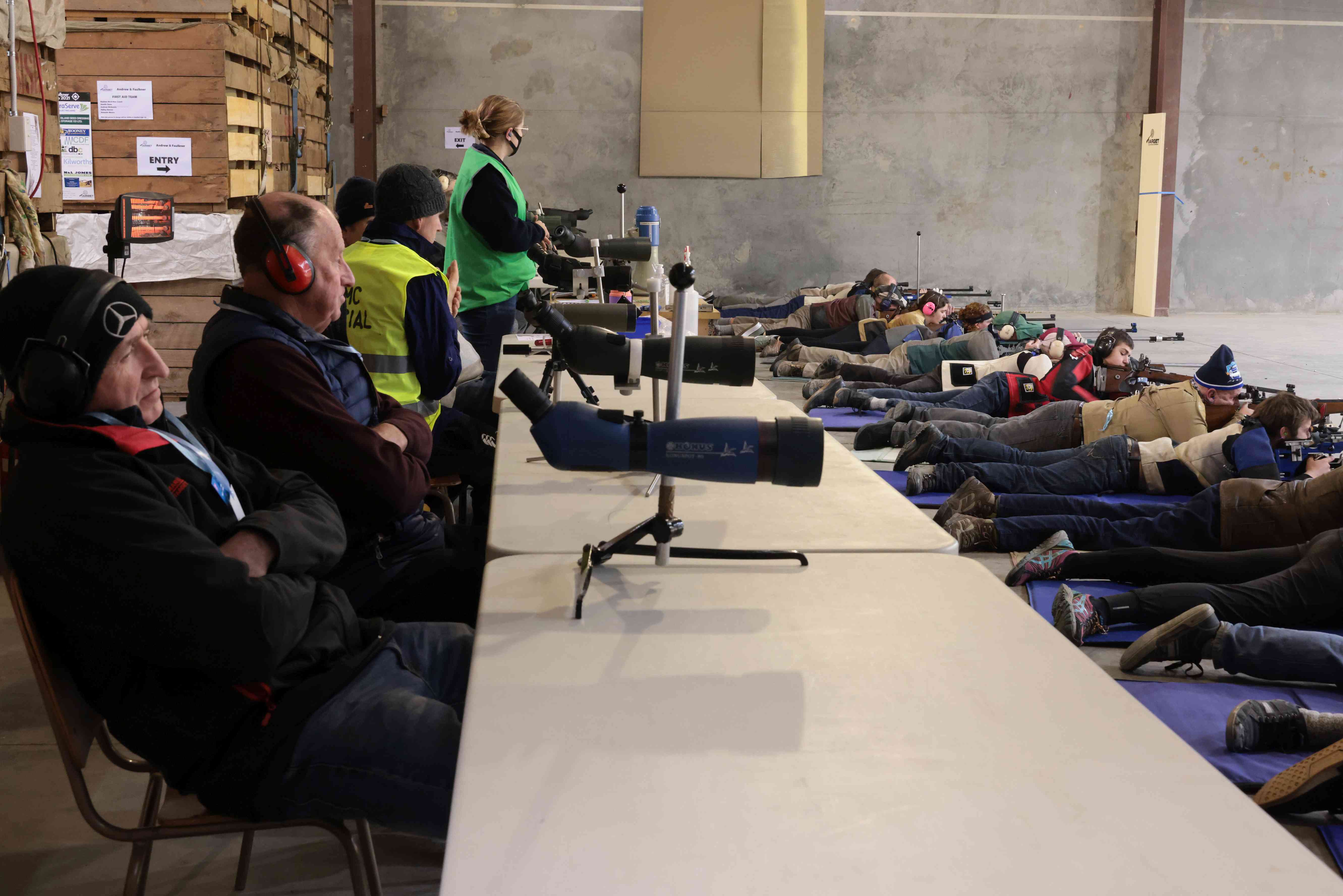 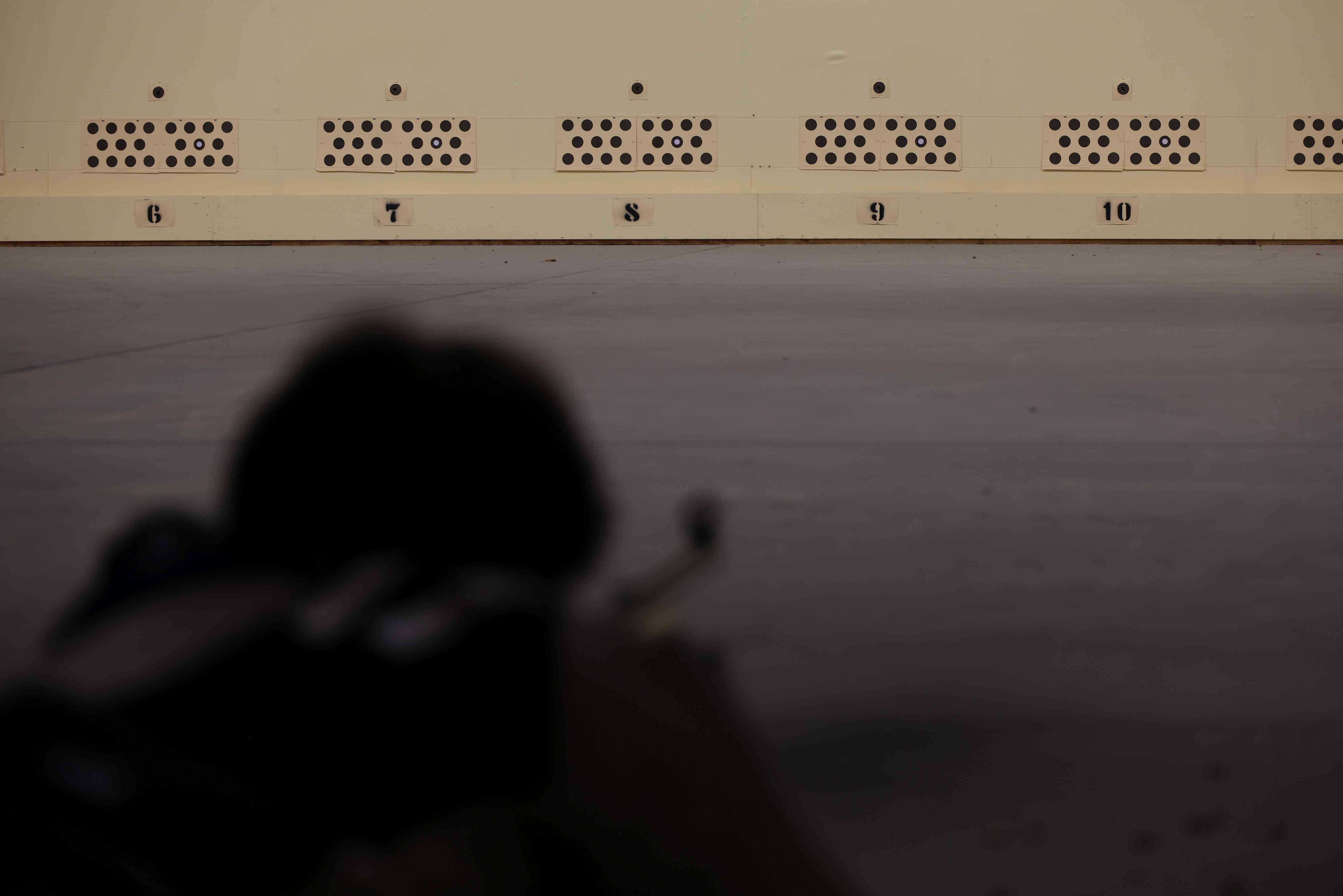 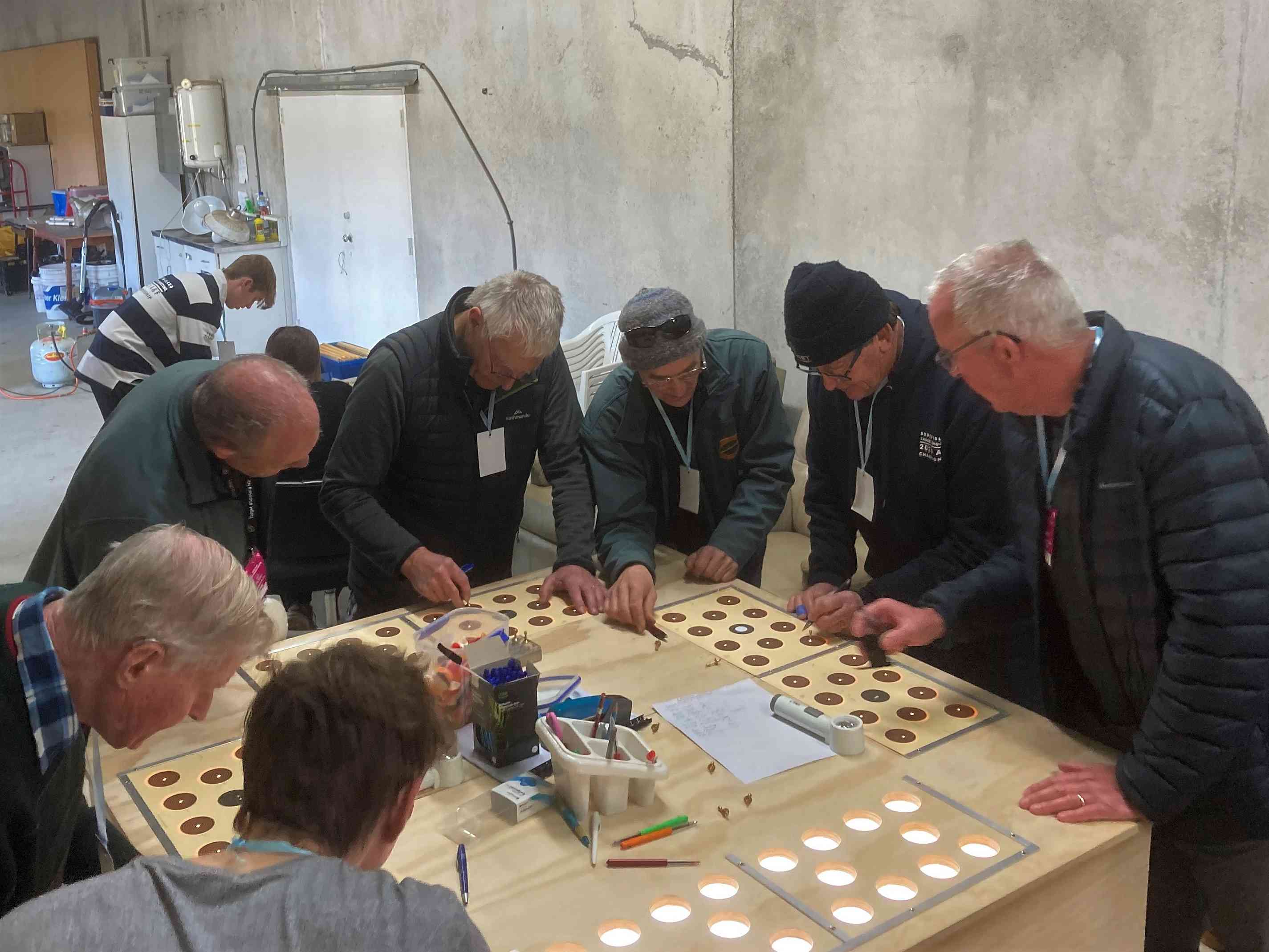 Trophies were presented by South Island Patron Colleen Lee, with Christchurch overall winners, and Nelson beating hosts Mid Canterbury by inners for the minor placings. The Lindsay Smith Memorial trophy for Division II was won by East Otago, gaining promotion to Division I, and relegating Ashburton to Division II for next year.  Top Individual was Mary Goodwin from Southern Southland. 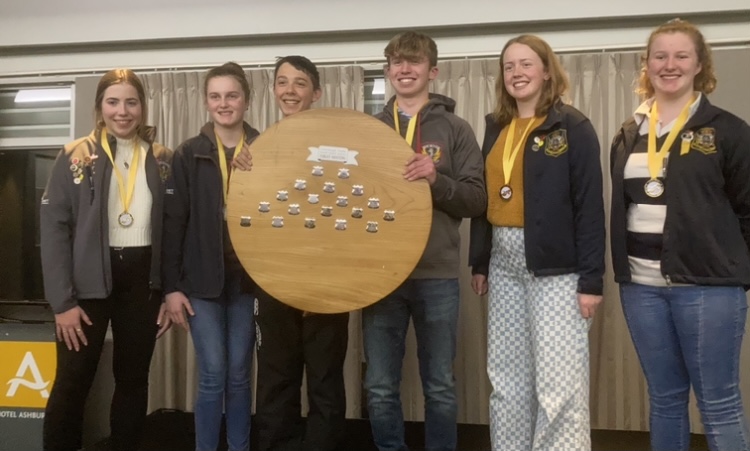 The Greenhough Trophy for the top Junior Association team went to Mid Canterbury, although they were edged for top score by a composite Ashley/North Canterbury team, who were not eligible for the trophy.

TS Mid Canterbury were extremely excited to be able to offer Andrew and Faulkner apparel for 2021: 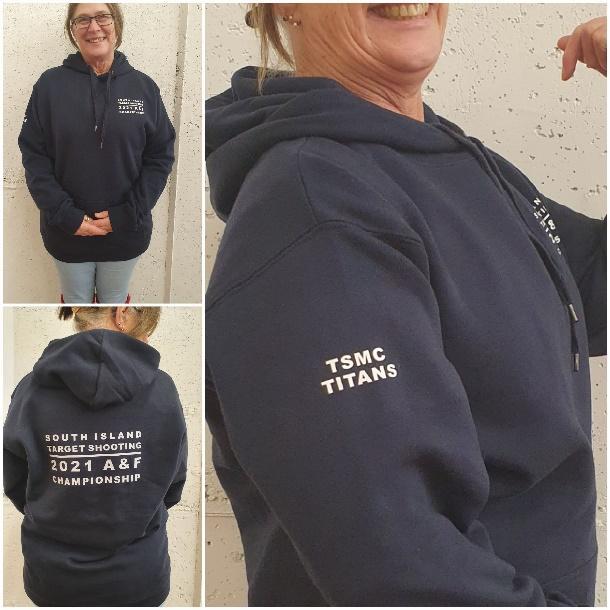 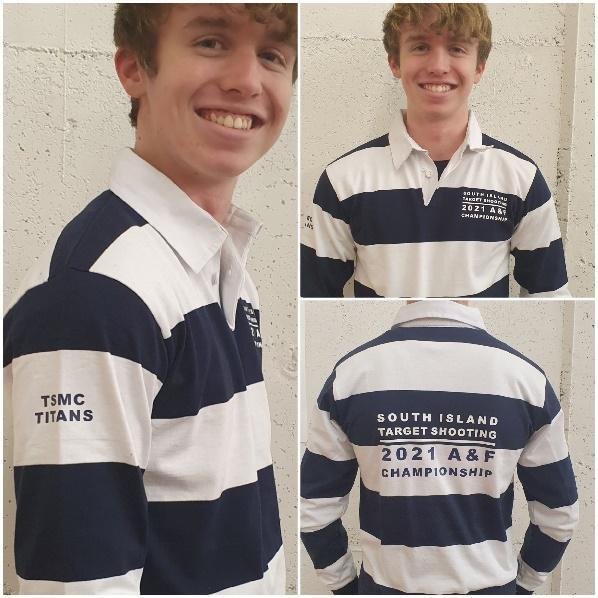 The apparel will consist of a striped navy and white Cloke rugby jersey and a navy blue Cloke hoodie.
Standard printing on the chest and back consists of “South Island Target Shooting, 2021 A & F Championship”.
Individuals will also be able to print their own team/association name on the right-hand sleeve, as shown above (eg Southland, Nelson etc), should they wish to. This is entirely optional.
Pre-orders will enable teams to place their team’s name on the right-hand sleeve.

Pre-orders must be placed by 13th July 2021 and will be available for collection by the team managers on Friday 30th July 2021 before the SI AGM.

The Andrew & Faulkner (South Island) and Teams of Ten (North Island) matches are the Islands' premier Indoor Associaton matches.  Venues vary each year and teams are selected by each Association, with the Andrew & Faulkner match being shot annually in July and the Teams of Ten match in May.  The winning South Island and North Island Association teams then compete against each other for the Candyman Cup later in the year.

(For Teams of Ten information, go to the  INDOOR/TEAMS OF TEN page)

In a rapidly changing situation, and with the Government announcing yesterday (19 March) the ban on gatherings of more than 100 people indoors,  the Executive of South Island Target Shooting Association has decided to CANCEL this years Andrew and Faulkner in Ashburton in July 2020.

Our plan for the hosting for next year's event is for it to still be with Mid Canterbury Association and with all other host venues sliding back one year, this will need to be confirmed by those host Associations at some stage soon.

South Island Indoor Champs – We need to have a think about this an see if we can sill hold this or not. This may need to be run a bit different than we have in the past eg run at more venues. We will keep you all informed.

South Island AGM – Again we need to have a think about this, we will keep you informed with this as well.

Please pass this information on to all of your membership.

The 2019 match was shot between Manawatu and Mid Canterbury, with Manawatu taking the win by a well-deserved 69 points.

The 2019 Andrew & Faulkner shield match on 27th July saw 16 teams and 8 junior teams from all over the South Island meet in Oamaru for the annual competition. With 220 shooters present it was probably the highest attendance at any match in the country in many years.

The organisation of the combined Otago Associations was up to the task, and everything ran smoothly, even though it was a very long day with over 10 hours shooting. The new system of printed result sheets introduced last year was again appreciated, with the posting of official results keeping everyone up to date with team standings.

Last year's Division II winners Mid Canterbury made no race of it, taking Division I by a significant margin, leaving three other teams fighting for the minor places. Mid Canterbury also won the top 5 and handicapped bottom 5 trophies, while Christchurch won Division II and promotion to Division I at the expense of Southern Southland. The Ashley Junior team denied Mid Canterbury a clean sweep, winning by 5 points.

Thanks to the hosts and helpers, as well as the shooters for making it a great day. 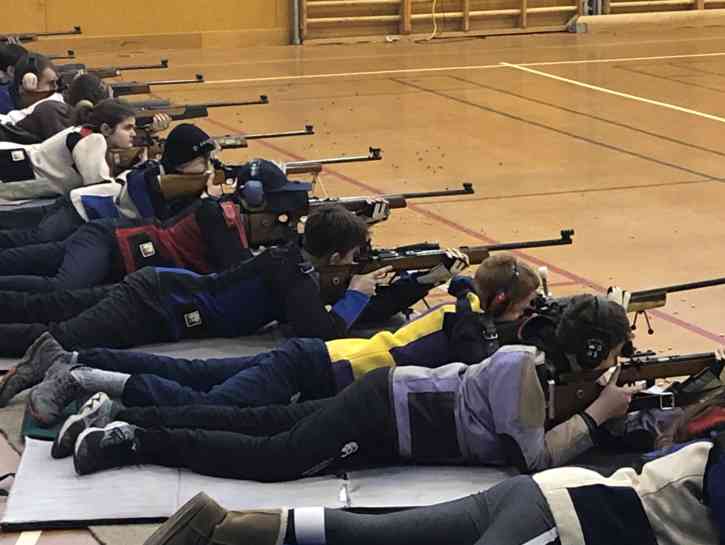 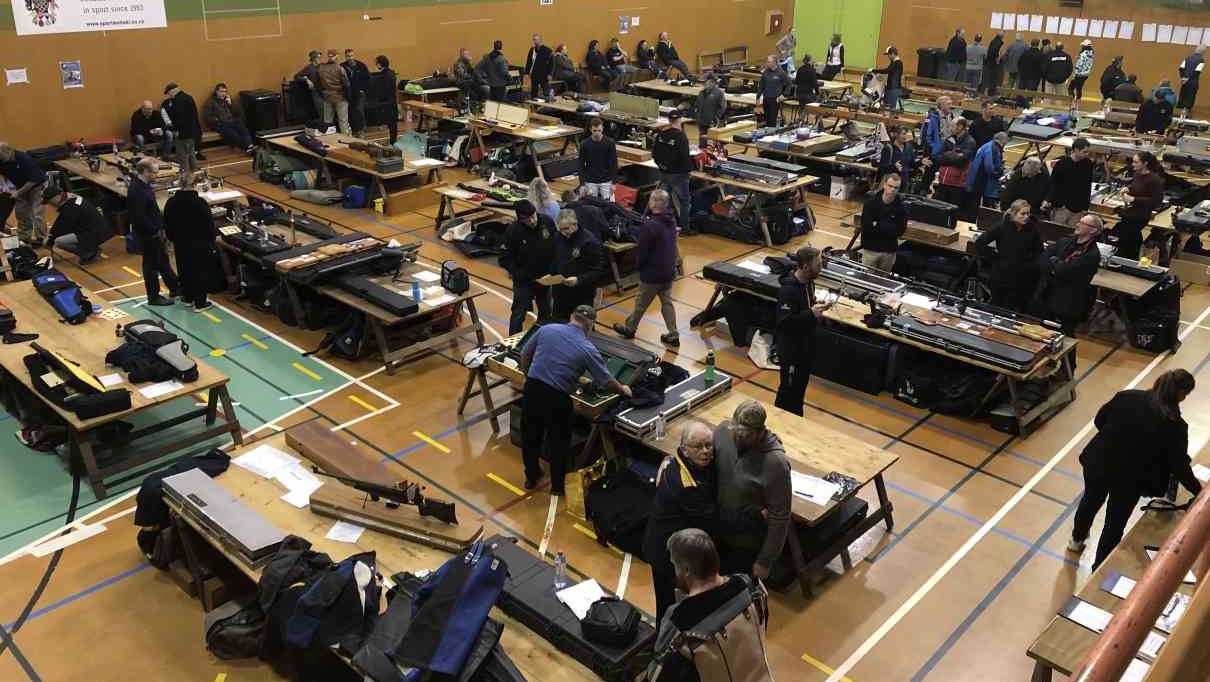 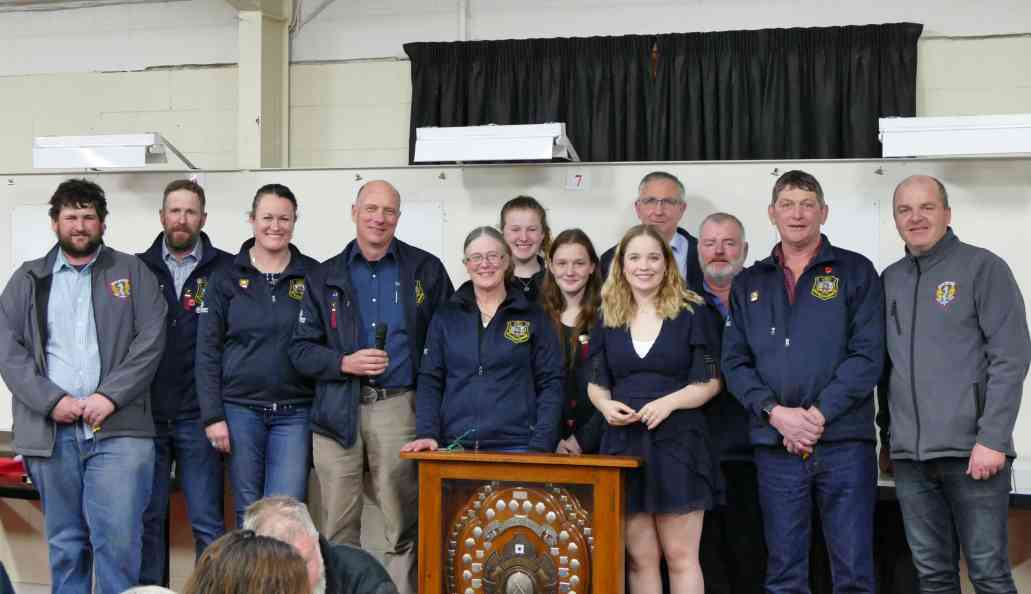 The 2018 Candyman Cup winners are Manawatu.

The 2018 match was shot between Manawatu and Marlbourough, with Manawatu taking the win by 39 points.

Target Shooting Nelson hosted the Andrew & Faulkner Shield match on their Saxton Field range on 28 July, with 12  teams competing, plus 2 half teams and 5 Junior teams, a total of 172 competitors.  The 18 mound Nelson range worked well, and this will be a good shakedown for Nelson, who are hosting the Inter-Island match in three weeks time.

Congratulations to this years winners Marlborough who headed the new Mid Canterbury Association after being behind for most of the match.  Mid Canterbury finished second, and gained promotion to Division I next year at the expense of East Otago, who drop down to Division II. Hosts Nelson took out the Junior trophy, Mid Canterbury took out the top 5 team trophy, and Ashburton won the bottom 5 handicap teams match on count back from Ellesmere.

The TSNZ and Shooting Stuff shops did a busy trade, with shooters taking the opportunity to buy the latest gadgets to help them shoot better.

Thanks very much to Nelson for hosting the event which ran very smoothly, largely due to the background work from people like Lyn Baigent and Peter Slinn, assisted by a big Nelson team on the day.  See you again in a few weeks. 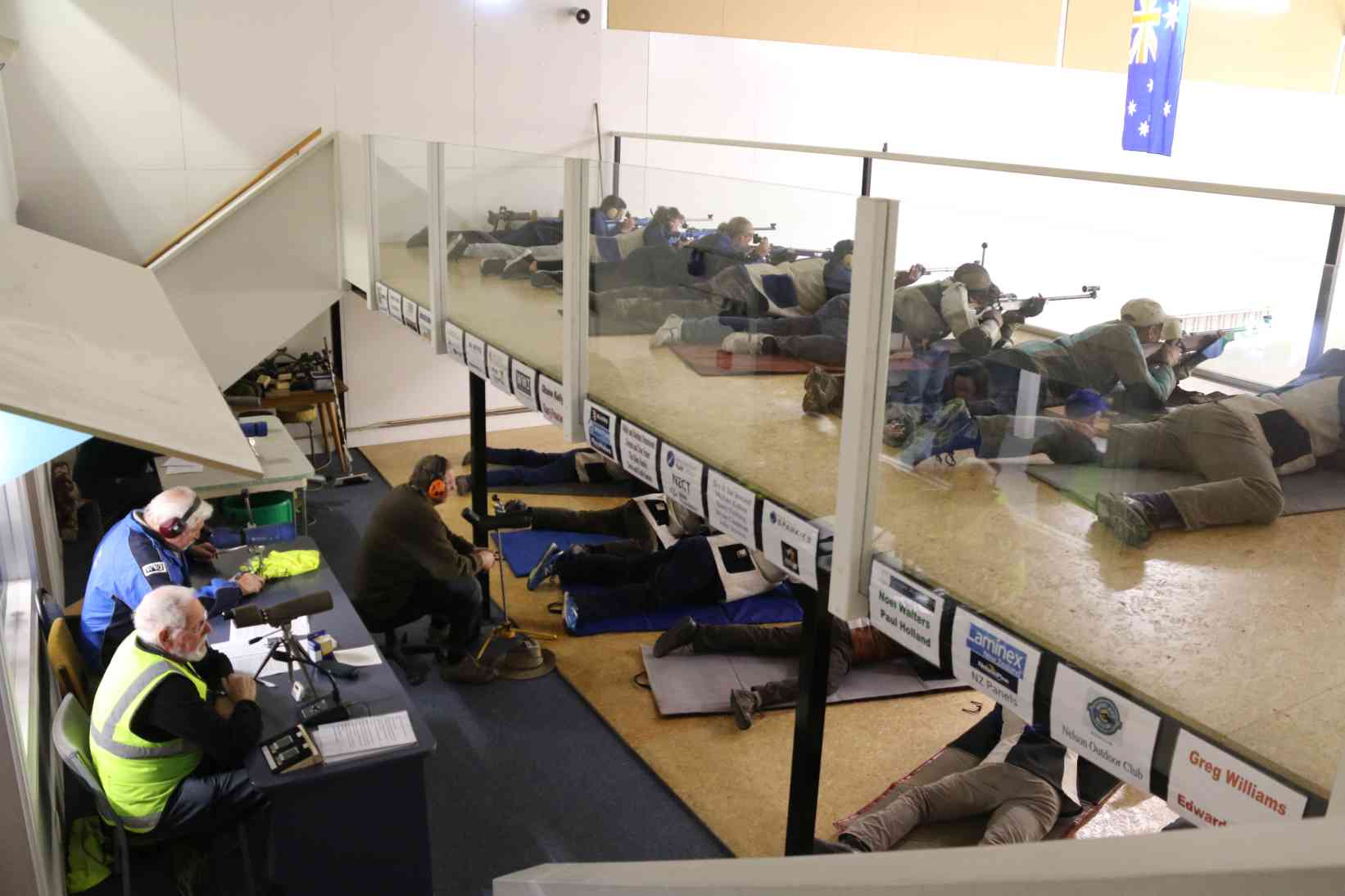 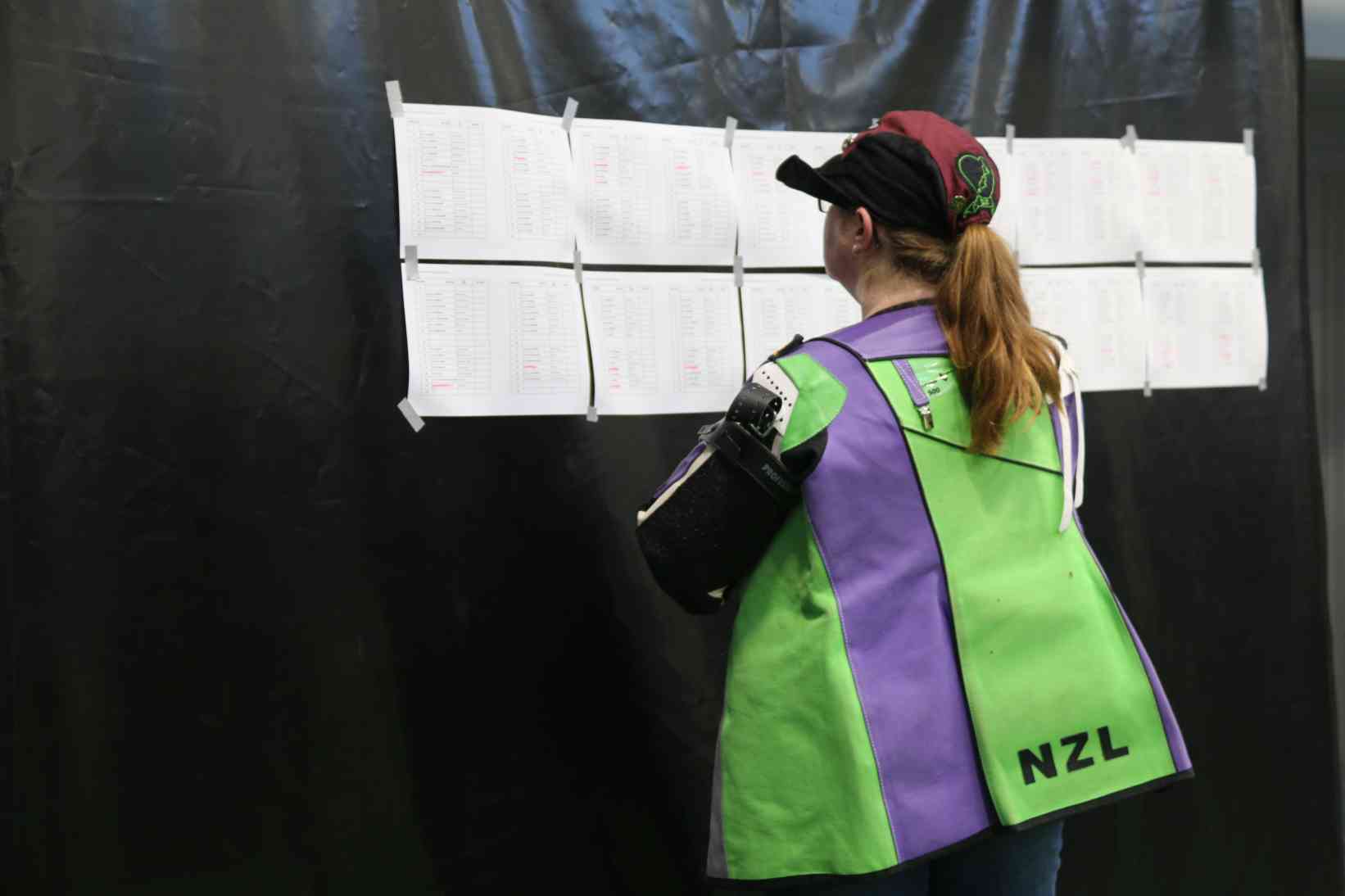 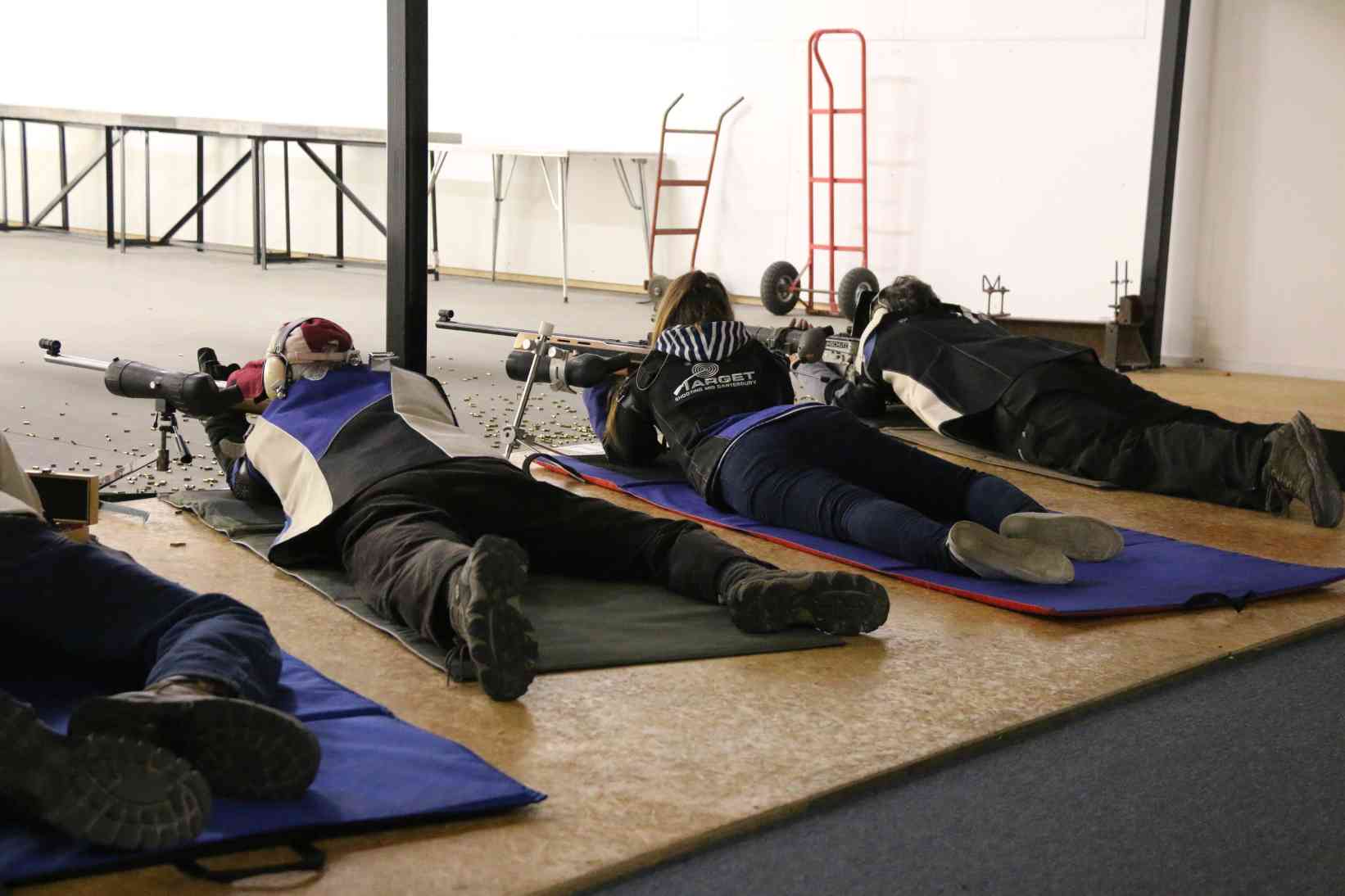 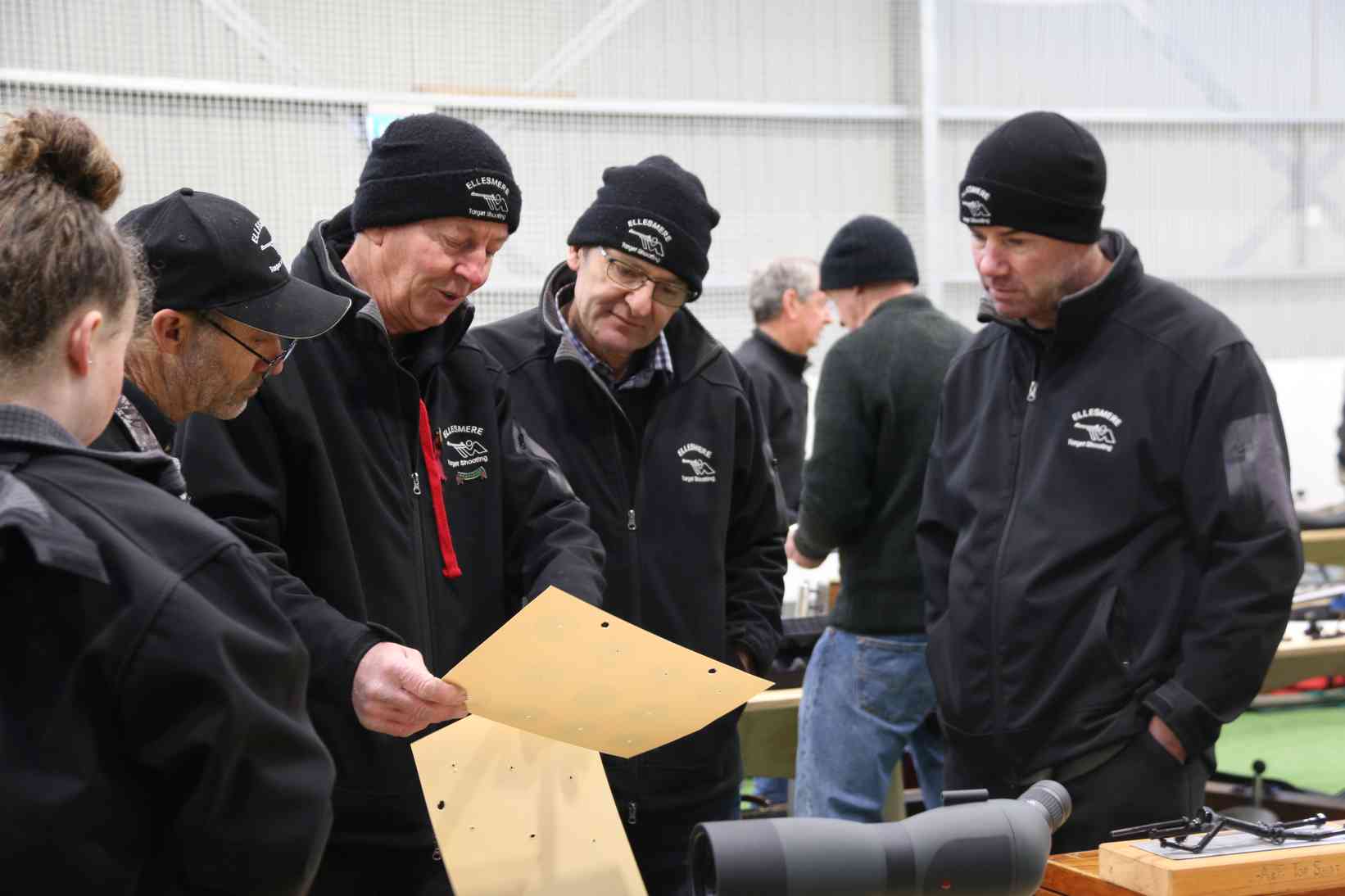 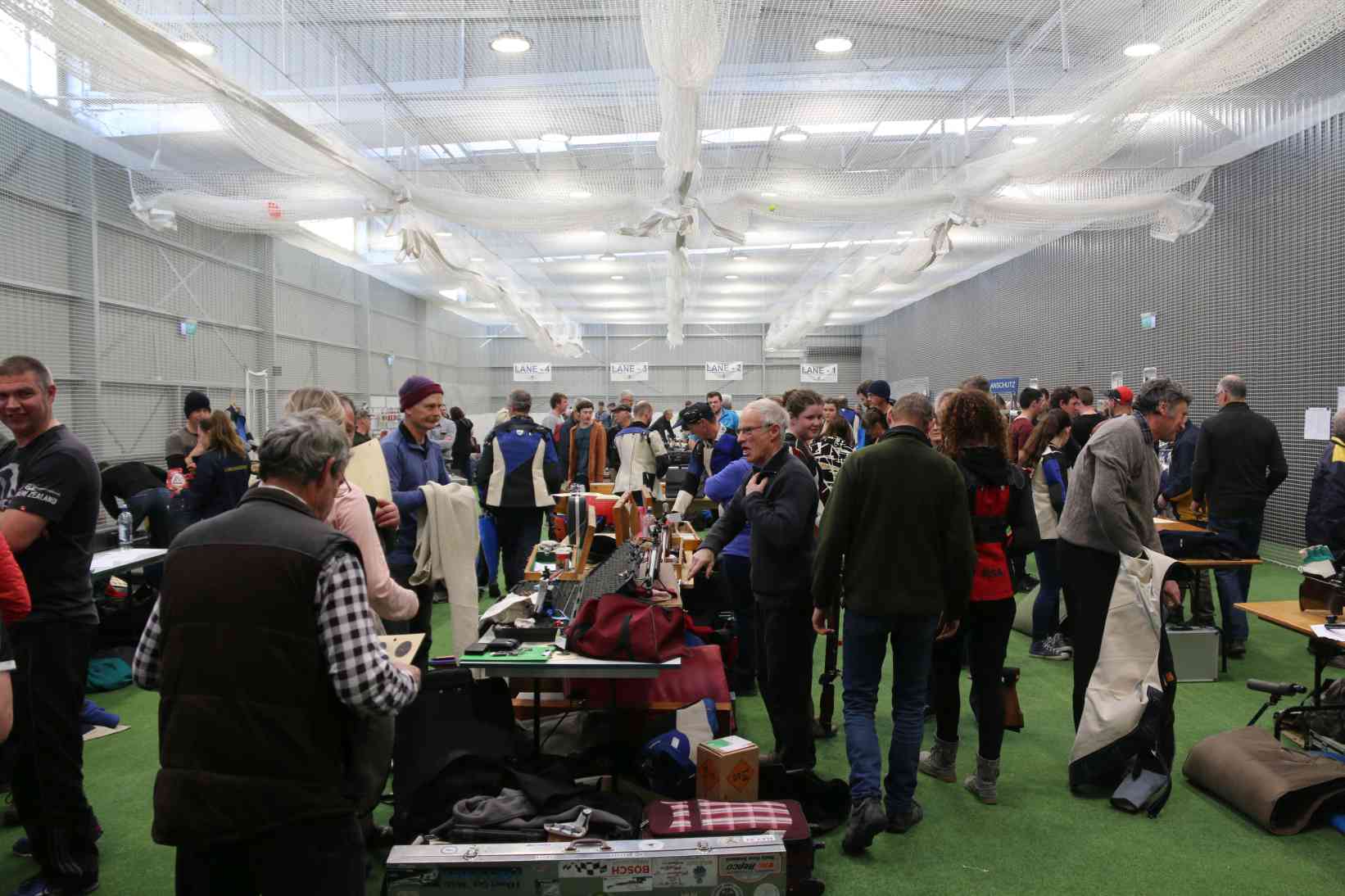 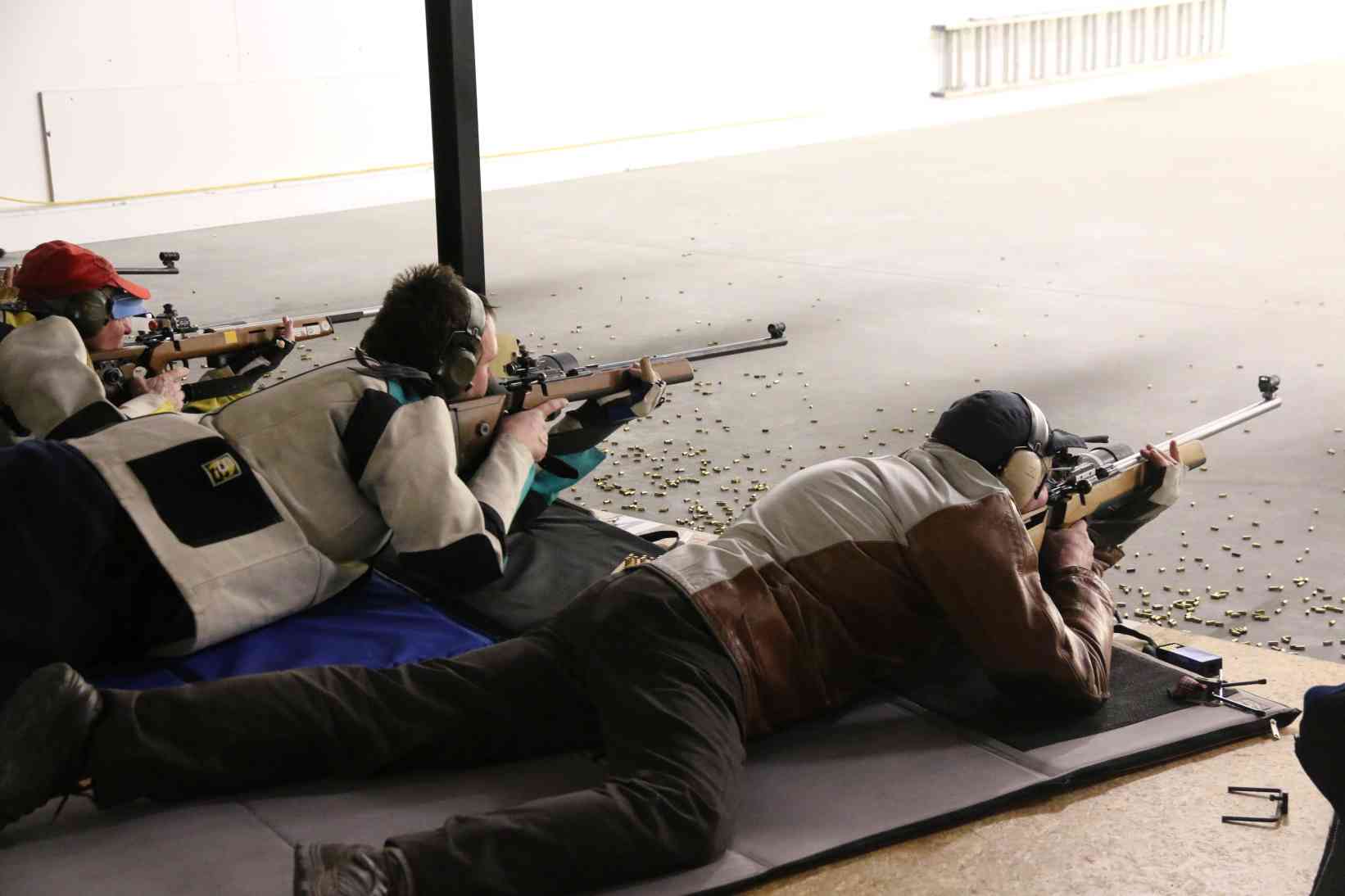 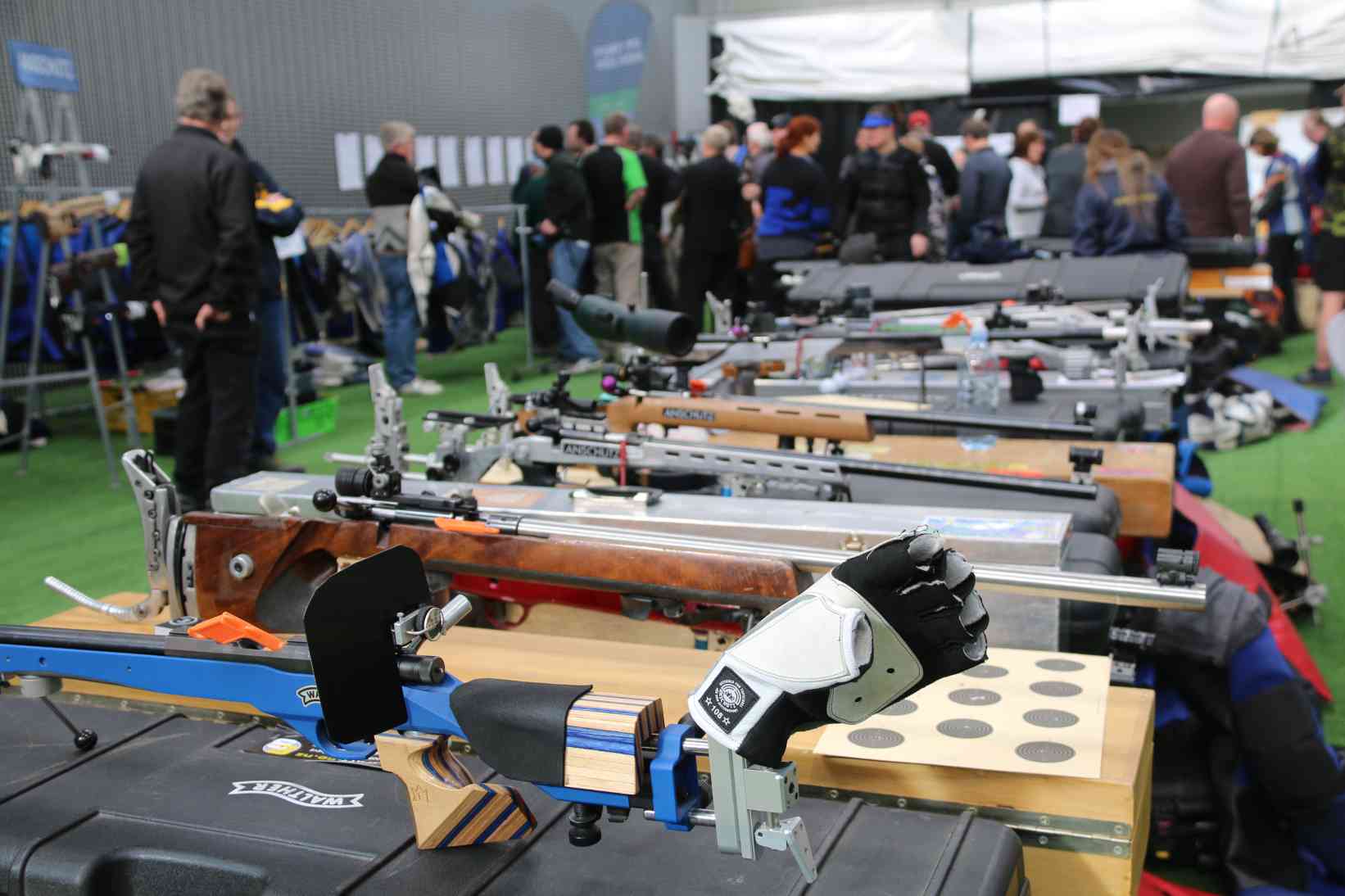 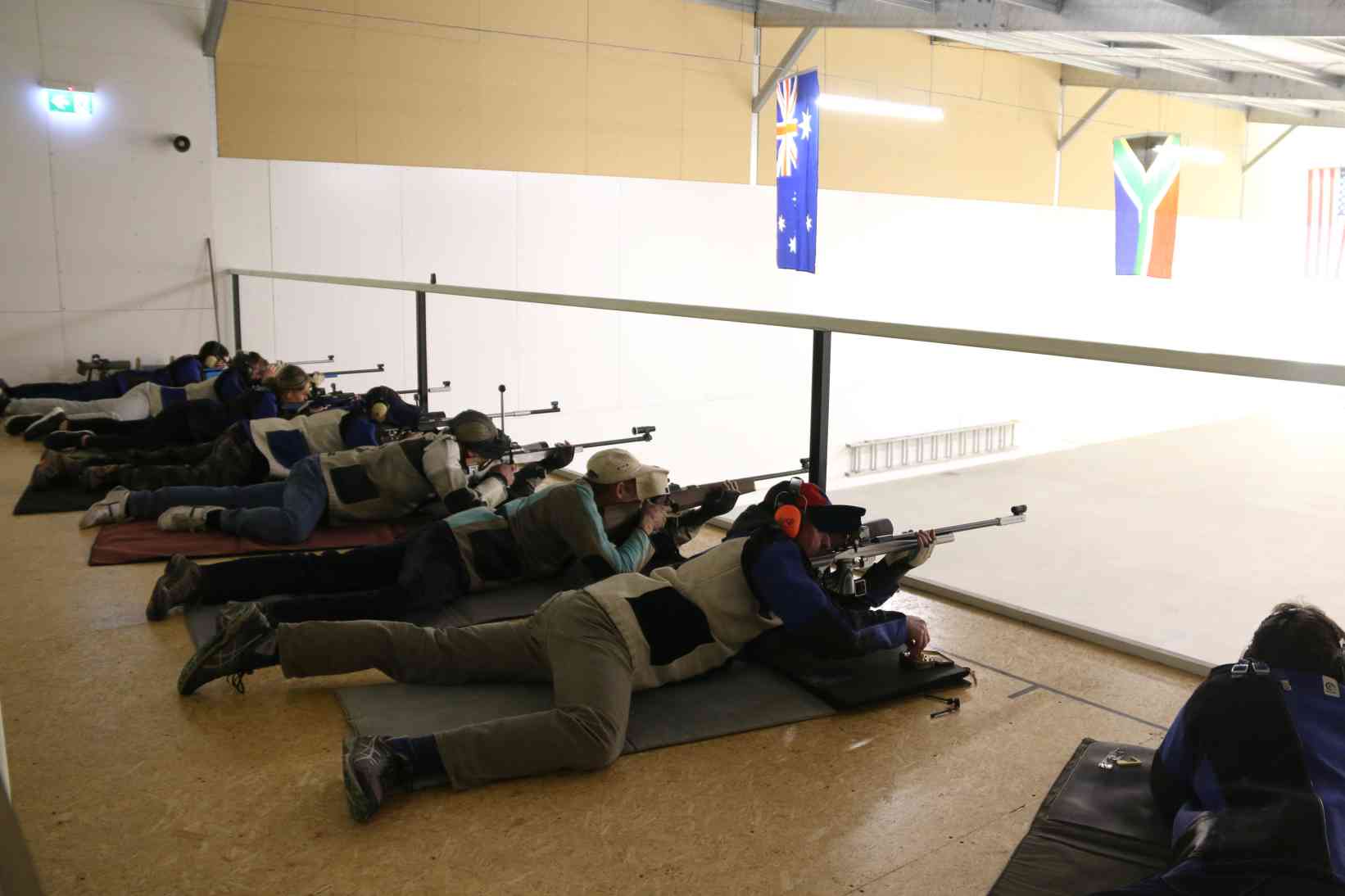 Each Association selects their open 10 team members and not more than two emergencies, Junior teams shall comprise five members and one emergency – this may be by shooting specific trials, using ranking lists, or whatever method suits them. The A & F shield teams event is the split into  two divisions, Division 2 teams compete for the Lindsay Smith Memorial Trophy and they can also win the Andrew & Faulkner Shield. Junior teams compete for the Greenhough Trophy.

Each shooter will shoot one 20 shot match and one 10 shot match in this order, and with so many shooters competing these matches may be hours apart.  A rolling total of team scores is kept, and the pressure and excitement builds as the teams can easily see how many points they need to catch up or to stay in front - this is part of the unique challenge of this type of match!

The event is hosted by different Associations each year and alternates each year North and South of the Waitaki River, and may be held either in a regular range if there is one large enough available, or in a temporary range such as a hall.  Wherever they are held there is ample time for socialising, checking out each others' gear, and making purchases at the trade stalls.  Presentations at the range will conclude the event.

The Andrew & Faulkner (South Island) and Teams of Ten (North Island) matches are the Islands' premier Indoor Associaton matches.  Venues vary each year and teams are selected by each Association, with the Andrew & Faulkner match being shot annually in July and the Teams of Ten match in May.  The winning South Island and North Island Association teams then compete against each other for the Candyman Cup later in the year.   (For Teams of Ten information, go to the  INDOOR/TEAMS OF TEN page)

The 2017 Candyman Cup winners are Waikato.

The 2017 match was shot between Waikato and East Otago, with Waikato coming out ahead by 19 points.

Congratulations to East Otago's Peter McCallum and Hamish Soper for their 200s.

Congratulations to the 2017 Andrew & Faulkner winners

Andrew & Faulkner 2017  was hosted by East Otago Association in Dunedin on Saturday 29th July.  158 shooters came together in a 12-mound range to shoot in 15 Open teams and 6 Junior teams.   Well done to East Otago for managing so many shooters on a range this size, and to all the shooters who closely followed all instructions to make the day flow so well.