About Target Shooting in New Zealand

The day to day running of TSNZ’s office is handled by Tee-Jay Horrell based in Whanganui while Trading is conducted  by Ruth McNair.

Members can apply to be TSNZ Member through the Club they are shooting at.  They will complete a TSNZ Membership form and pay subs to TSNZ, and will also pay Club and Association fees - these two fees will vary throughout NZ, depending on which club is being joined.

Competitions run annually include Inter-Island, Postals, and Outdoor Nationals.  Shooters can become Regional, Island and NZ representatives at these events.

Five Postal Shoots for individuals, clubs and associations are conducted each year by the TSNZ Office, with 70% of the income from entry fees being paid out to the shooters in prize money.
A National Indoor Match is shot at 13 locations spread throughout the country and emailed to the office for collation.

A "National District Championship" (NDC) match is co-ordinated on behalf of TSNZ by Doug Gibson and shot at locations throughout the country with results faxed to a central point for collating.

This match was contested for the first time in 2002. Such was its success that it is now an annual event competed alternately in the South Island at Blenheim or Christchurch and in the North Island at Wellington or Palmerston North. It is held generally, in the first or middle weekend of the school holidays at the end of term 3 and will be a Saturday / Sunday event.  All Secondary schools are entitled to send one team of three, usually chosen from their 3 top shooters in the TSNZ Challenge Postal Match. 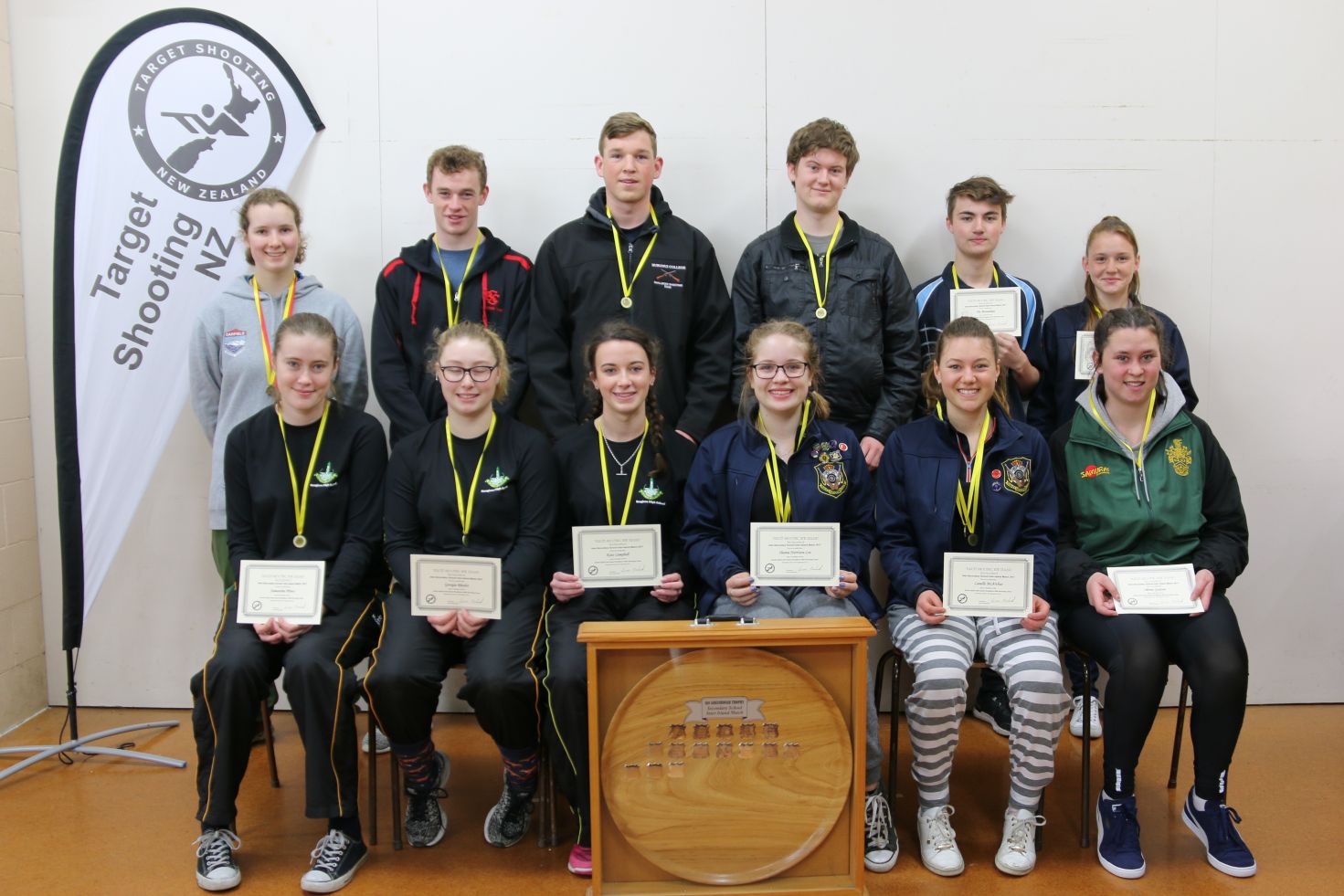 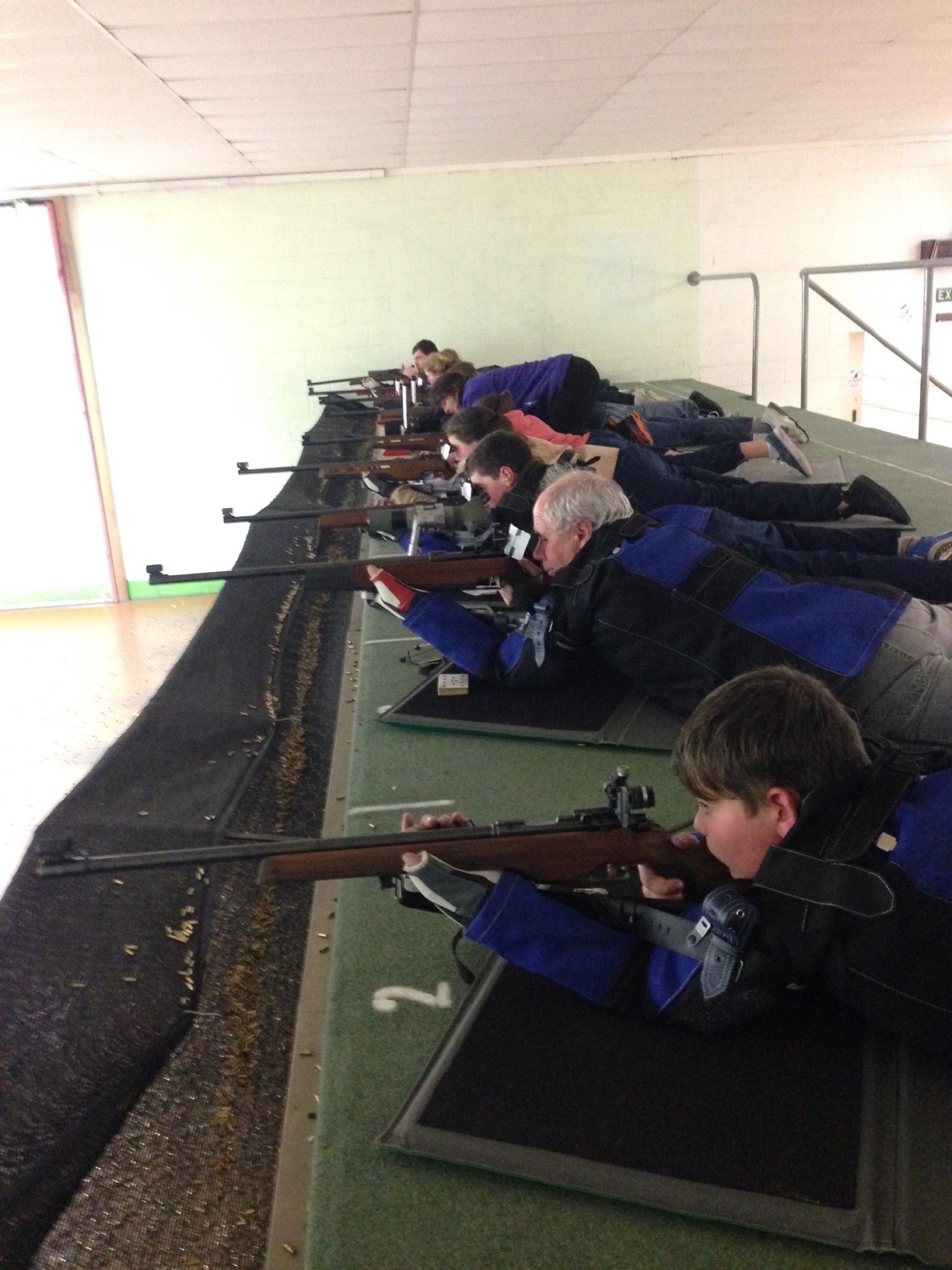 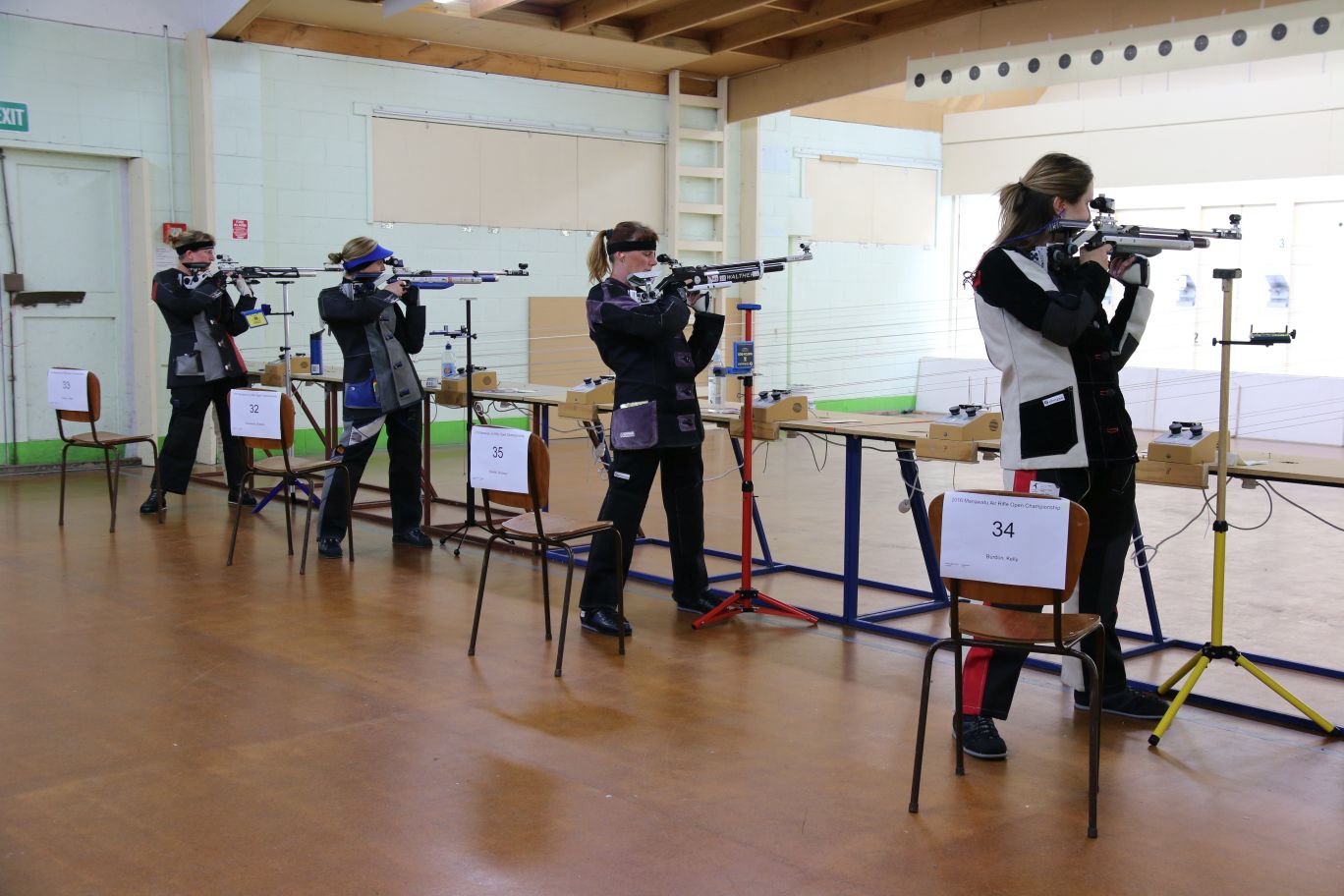 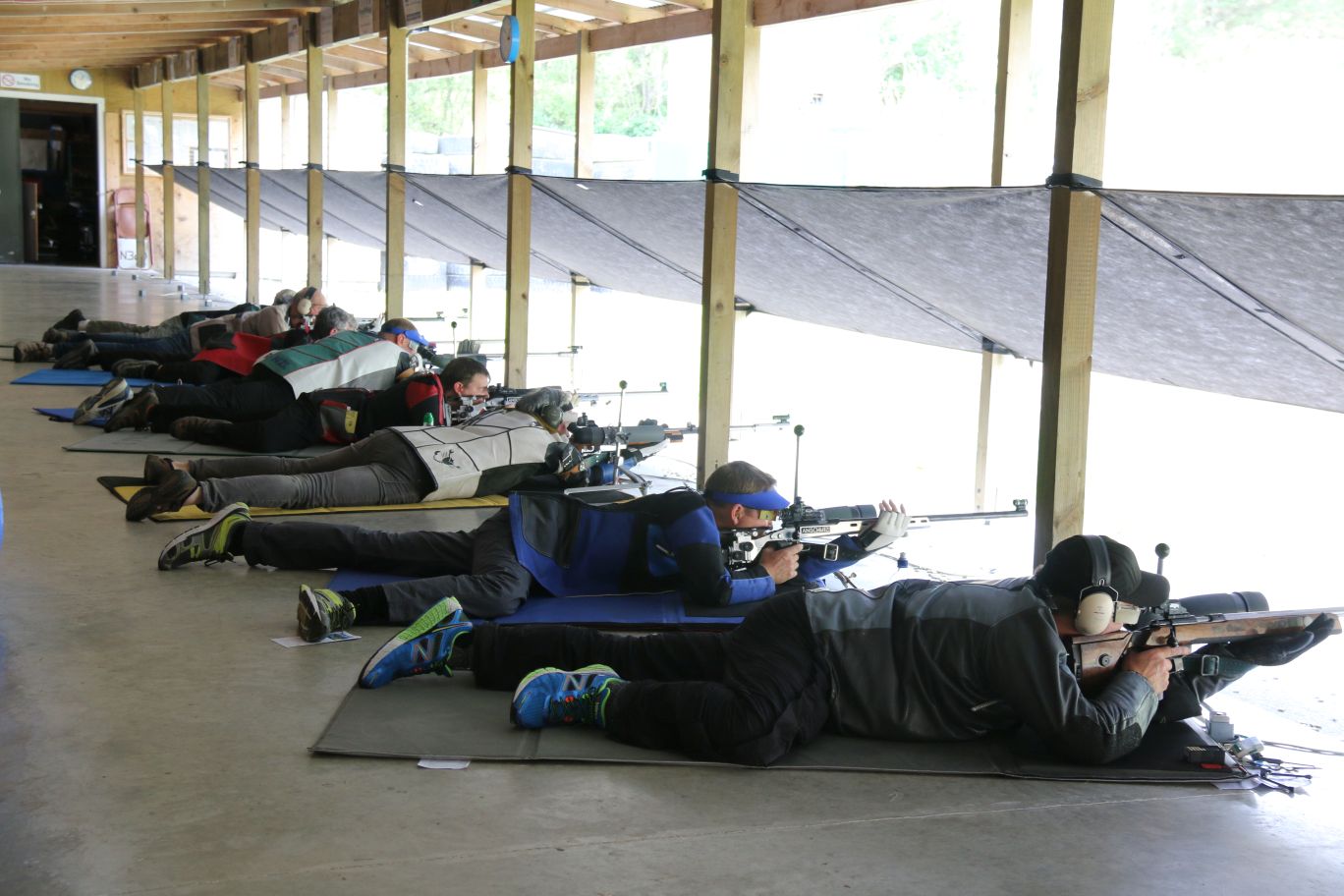 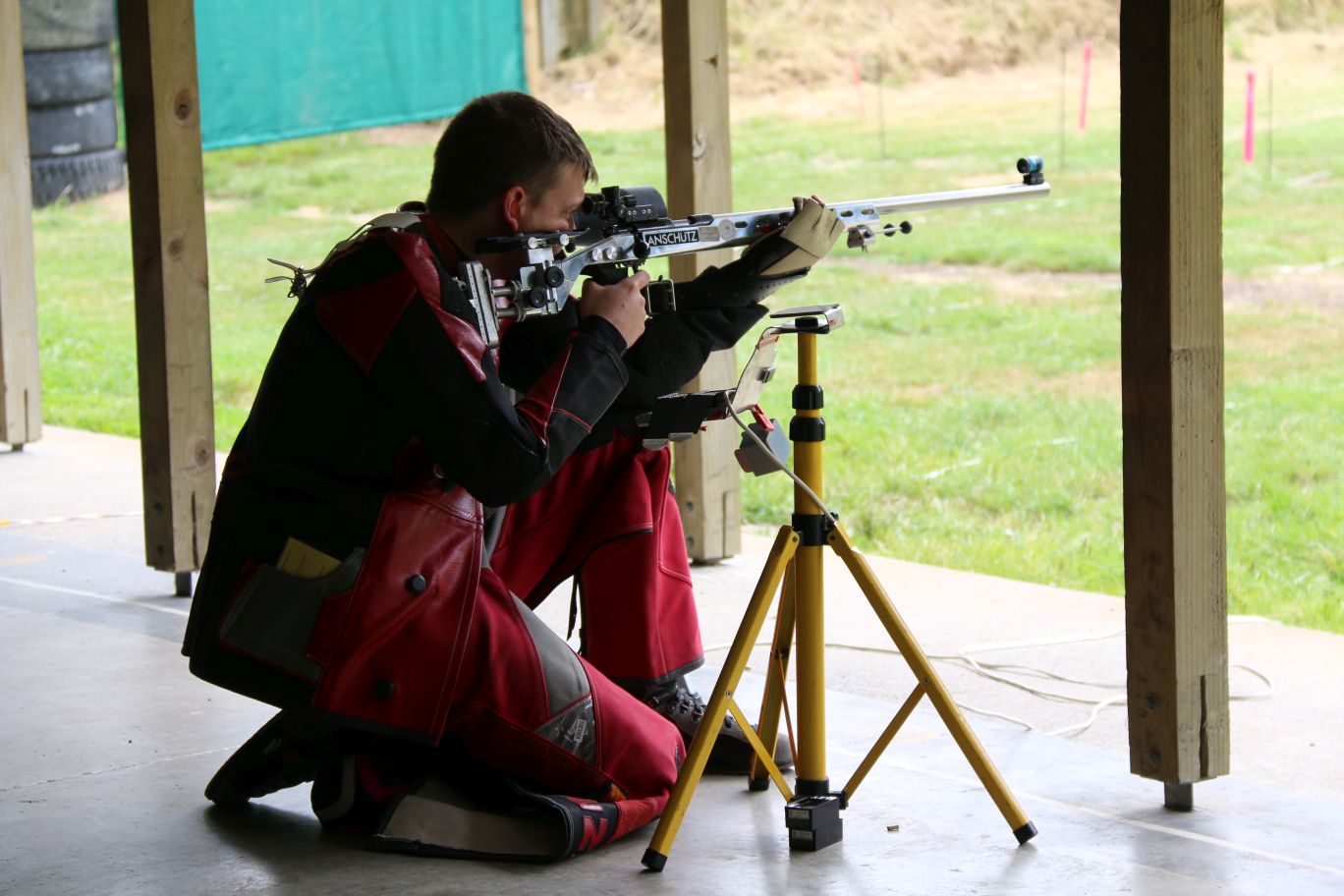 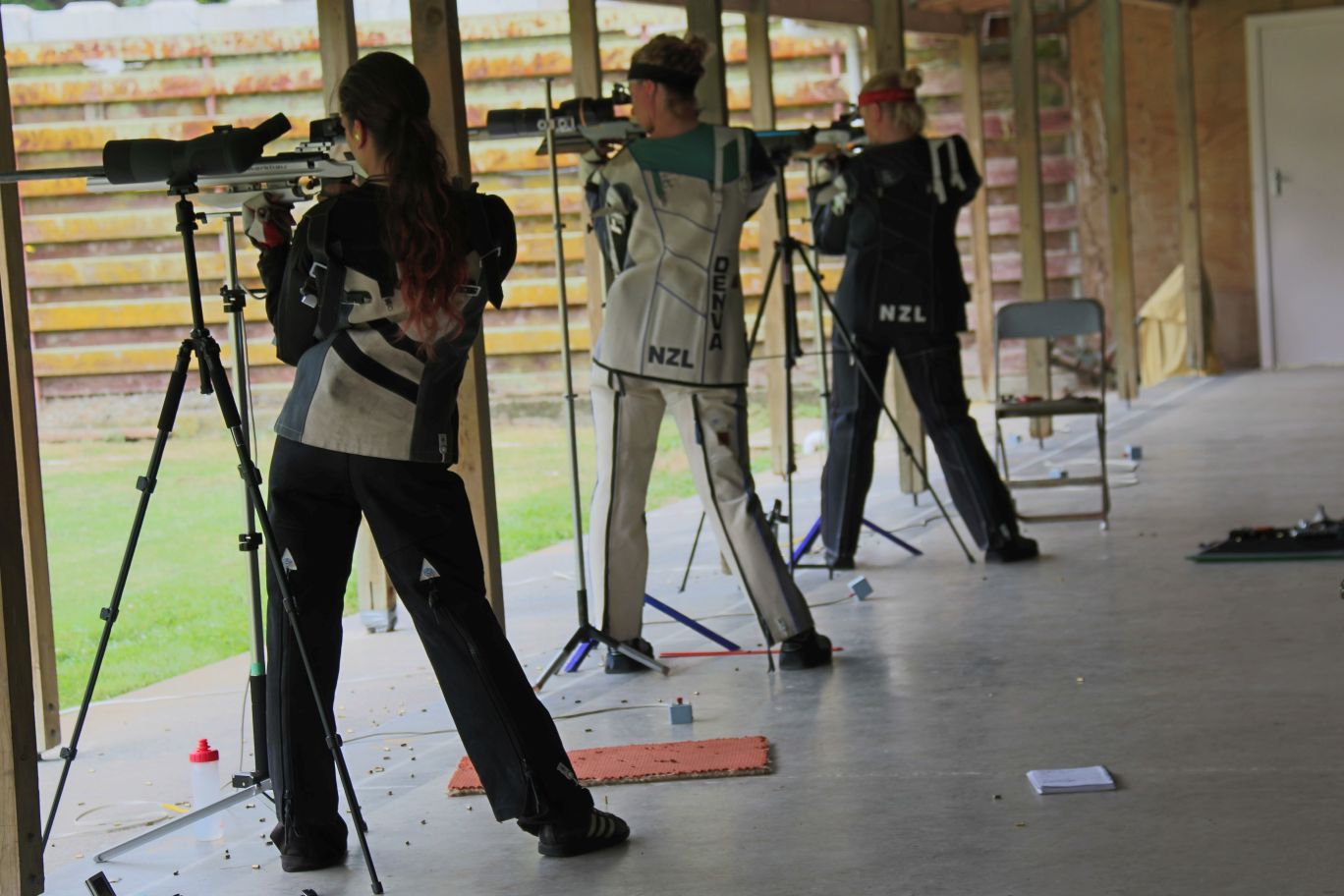 As the name suggests, these sports are confined to rifles of smaller calibre - .22 rimfire rifles and .177 air rifles. Smallbore rifle shooting and air rifle shooting is extremely popular all round the world, with the tradition of target shooting going back many years.

This is the core of TSNZ shooting, with participants from 10 to 80 years of age in the approximately 1,100 members who shoot at one of the many indoor ranges throughout New Zealand.  Shooters lie prone and use rifles with aperture (or open, iron) sights, initially resting the rifle on a block or rest, but then moving on to fully supporting the rifle with a jacket and sling.  Matches take between 12 and 22 minutes, with 10 or 20 counting shots being fired.  Members are able to compete at a social, club, association, representative, championship or national level every week between 1 March and 30 September.  This form of shooting provides a very controlled environment for new shooters to learn the correct principles of firearm safely, and often sees many schools and family groups participating.

The air rifle match consists of a 60 shot event for men and women using a .177 calibre target air rifle weighing no more than 5.5kg.   The event is shot in the standing position over a distance of 10 metres on an indoor range with set lighting standards.  In international competitions, such as the Olympic Games, there are separate events for men and women, although both genders jointly contest many of the events in New Zealand. Air Rifle is an inexpensive way to get into shooting, and it is a particularly appropriate way to introduce juniors to shooting.

Competitors fire 60 shots over the 50 metre Outdoor range using a .22 target rimfire rifle with standard velocity ammunition. The shots are fired from the prone position with a total time limit of 60 minutes.  The men's rifle must not weigh more than 8kg and the women’s not more than 6.5kg.  Prone is the most contested singular event in New Zealand outdoor target shooting.  50m Prone is shot by both genders at World Championships and Oceania Championships, and is shot during the summer months of September to March at clubs throughout New Zealand, together with open championships almost every weekend during this period.

In this event competitors fire 120 shots over 50 metres using a .22 target rimfire rifle weighing no more than 8kg for men and 6.5kg for women. Men and women both fire 40 shots from a kneeling position, 40 from a prone position and finally 40 from a standing position.  This is certainly the most challenging of all the events, and often regarded as the marathon match of smallbore shooting since it can take over 4 hours to complete the match and a Final.

Benchrest shooting can take place either outdoors over 50m, or indoors over 20 or 25 yards.  Shooters are seated at a bench and use a rifle that is placed on rests and can use scopes for sighting.  This is an event which can be less physically demanding than shooting prone with a sling and using open sights, but is certainly just as competitive, exacting, and exciting to take part in.

Smallbore Target Rifle Shooting is a sport which is enjoyed by male and female, young and old, able bodied and people with disabilities, people with good eyesight or those who have the need to wear glasses, in fact people from all walks of life.

Participants can choose to shoot on a purely social basis, or can compete against others around NZ or internationally.   Most competitions are open to both men and women, and provide a true non-gender-biased environment.

Benefits of participating in target shooting include increased concentration and attention to detail and a growing sense of personal achievement.

If you would like to try the sport of Target Shooting

or someone from Association & Club Contacts below