The ISSF run an education programme for Coaches, who can be licenced at three levels -  ISSF National Coach (L1), ISSF Coach (L2), and ISSF Coach Pro.

In October 2020 an ISSF Education Reform Plan was developed to outline the processes involved in becoming licenced and who can present courses.
The links below will take you to the ISSF materials provided for RIFLE Coaches:

The ISSF Athlete’s Handbook is here - download it now

The International Shooting Sport Federation has launched the ISSF Athlete’s Handbook, a useful guide for shooting sport athletes on various aspects related to their career and life.

In a step taken to assist shooting sport athletes in handling the rigors of the sport, the International Shooting Sport Federation launched the ISSF Athlete’s Handbook. With information on various topics, ranging from mental health to managing money, the handbook can serve as a one-stop reference resource for young and elite athletes around the world.

The handbook is an initiative to enable athletes to recognize and address the dynamic requirements of sport. A culmination of in-depth research, expert interactions andinterviews, the handbook intends to equip athletes with all the information necessary to make the most of their careers in shooting sport.

15 keen participants attended, with the course being provided by Aado Maranik (Australia) and Craig O'Brien (NZ).   Many of the attendees were current ISSF Judges updating their knowledge of the new ISSF Rules, but there were also four new Judges who will qualify from this course once their ISSF licences are approved.  TSNZ is committed to providing  trained Judges at all Designated Matches, and welcomes the these new Judges into the fold.

A recent ISSF letter to all Member Federations regarding the changes in events for the 2020 Tokyo Olympics begins:

ISSF member federations have recently received several reports and rumors regarding possible changes in the 2020 Olympic shooting program. There are concerns about the possible elimination of certain events. One national federation is encouraging members to request an extraordinary General Assembly to discuss these changes. There are other organized groups or campaigns that are trying to support events being proposed for elimination. Much of the information being circulated is incomplete, misleading or even false. None of these reports and rumors provides information about gains shooting will experience from proposed Olympic shooting program changes. This is a very complex situation and we feel it is important for national federations to have better information. This letter identifies the most important questions being asked and provides answers to them.

You can read the full letter here:

A number of Press Releases have also been put out by ISSF on the Tokyo 2020 Olympics event changes: 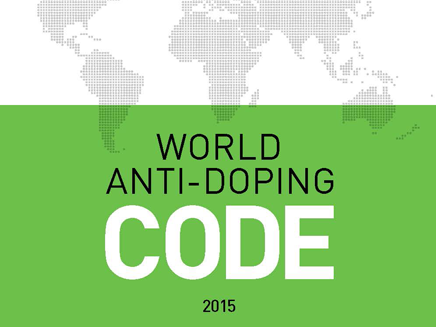 One of the new Rules below says that music must be used at Finals and should be used at Elimination and Qualification matches if possible.
Click here for ISSF's  Play-List of approved music.

The ISSF Official Statutes, Rules and Regulations are revised every four years.  The ISSF Administrative Council has now approved the 2017-2020 ISSF Rules that will be effective from 1 January 2017.

Key changes to affect Smallbore are:

10m and 50m Single Position Events FINALS.  The two 3-shot series at the beginning of each Final were increased to 5-shot series to be fired in 250 seconds (150 seconds for 50m Rifle Prone).  These Finals will now consist of 24 shots.

Results, Timing and Scoring (RTS).  The term “classification” has been changed to “results, timing and scoring” to bring Shooting terminology in line with terms used to describe these procedures in other Olympic sports.

Paper Target Rules.  All rules pertaining specifically to paper targets were removed from the main body of the General Technical Rules and were compiled into a separate annex titled “Rules for Paper Target Scoring.”  This will eliminate some of the confusion caused when judges tried to apply the wrong scoring rules.

Paperless (Sustainable) Competitions.  Organizing Committees will have the option of using paperless, electronic systems to distribute start lists, results lists and information bulletins if wireless Internet connections are generally available on the shooting venue so that officials, coaches and athletes can view these documents on their handheld communication devices.

Disqualification.  If an athlete is disqualified during any phase of an event (Qualification or Final), the athlete’s scores for all phases of the event must be deleted.

Definition of Loading.  The new rules clarify that “a gun is considered loaded when a cartridge or pellet or a magazine with cartridges contacts a gun.”  Loading may only be done after the command “LOAD.”

Finals Production and Music.  The use of music and commentary in Finals is now required.  Music should also be used during Elimination and Qualification competitions if possible.

Mobile Phones.  Athletes may not use mobile phones or hand-held or wrist-worn communication devices on their firing points or shooting stations.

Corrective Lenses in Rifle Sights.  Rifle athletes will be allowed to place a single corrective lens in or on their rear sights.

50m Rifle Specifications.  No part of the butt-stock between the butt plate and pistol grip may be more than 140 mm below the centerline of the bore.  Any devices projecting downward or outward from the butt-stock are prohibited.

Rifle Weights.  Weights attached to any part of the rifle except the barrel “must be within the fundamental shape of the stock” (weights cannot protrude out from the stock). Tape cannot be used to attach weights.

Rifle Bipods.  Rifle bipods may not remain on rifles during firing times.