The core of TSNZ shooting involves the 1000+ Membes who shoot at one of the many INDOOR ranges throughout New Zealand.

Indoor Smallbore shooting is done from the PRONE position - shooters lie on the ground.  Beginners will rest the front of the rifle on a stand, and then progress to wearing a jacket and sling and supporting the rifle with both hands.

TSNZ Members can shoot at a social, club, association, representative, championship or national level, with Clubs shooting every week and there being many competitions run during the Indoor Season, which runs from 1 April to 30 September.

Most of the ranges in the North Island are 25 yards long, while the South Island has mainly 20 yard ranges, and target sizes are slightly different at each of these distances so that results are comparable.   Ranges can vary from city ranges with 20 mounds, to small country ranges with 6, and from purpose-built facilities to temporary ranges in community halls, and everything in between.

Most NZ indoor ranges currently use paper targets for Smallbore shooting. 11-bull targets are used, with the centre dot being uncounted sighting shots, and the other 10 dots scoring a maximum of 10.1, for a perfect score of 100.10. Matches may be 10 shots in 12 minutes, or 20 shots in 22 minutes.

There is one NZ indoor range running on electronic targets, and these shooters have only one aiming mark to shoot at.  Their scores are shown immediately for both the shooters and those watching from the social area.

Indoor shooters can participate just at Club level only if they want to, shooting once a week (or less) at their local range, or can compete in a variety of different events both locally and around NZ:

Many of the Clubs around NZ have their own equipment they can let new shooters use, so initially there is very little cost to having a go at Smallbore shooting.

Clubs are able to set up Social Group or Business House shoots, and there is no need for a firearms licence to go along to one of these.

Once a shooter decides to continue they usually start to buy their own equipment, and the TSNZ Trading Shop sells a huge variety of equipment for those who want to invest in their sport. 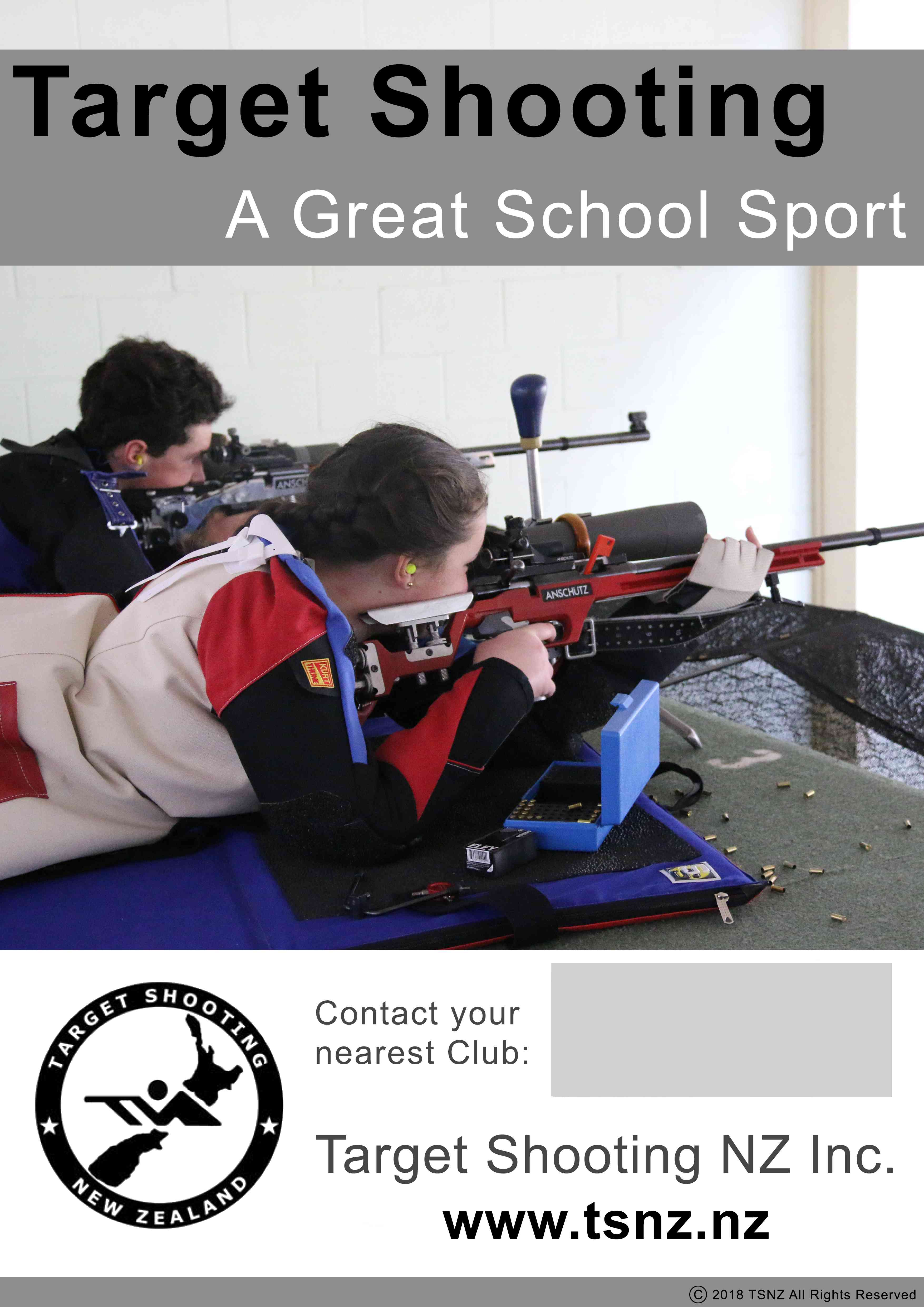 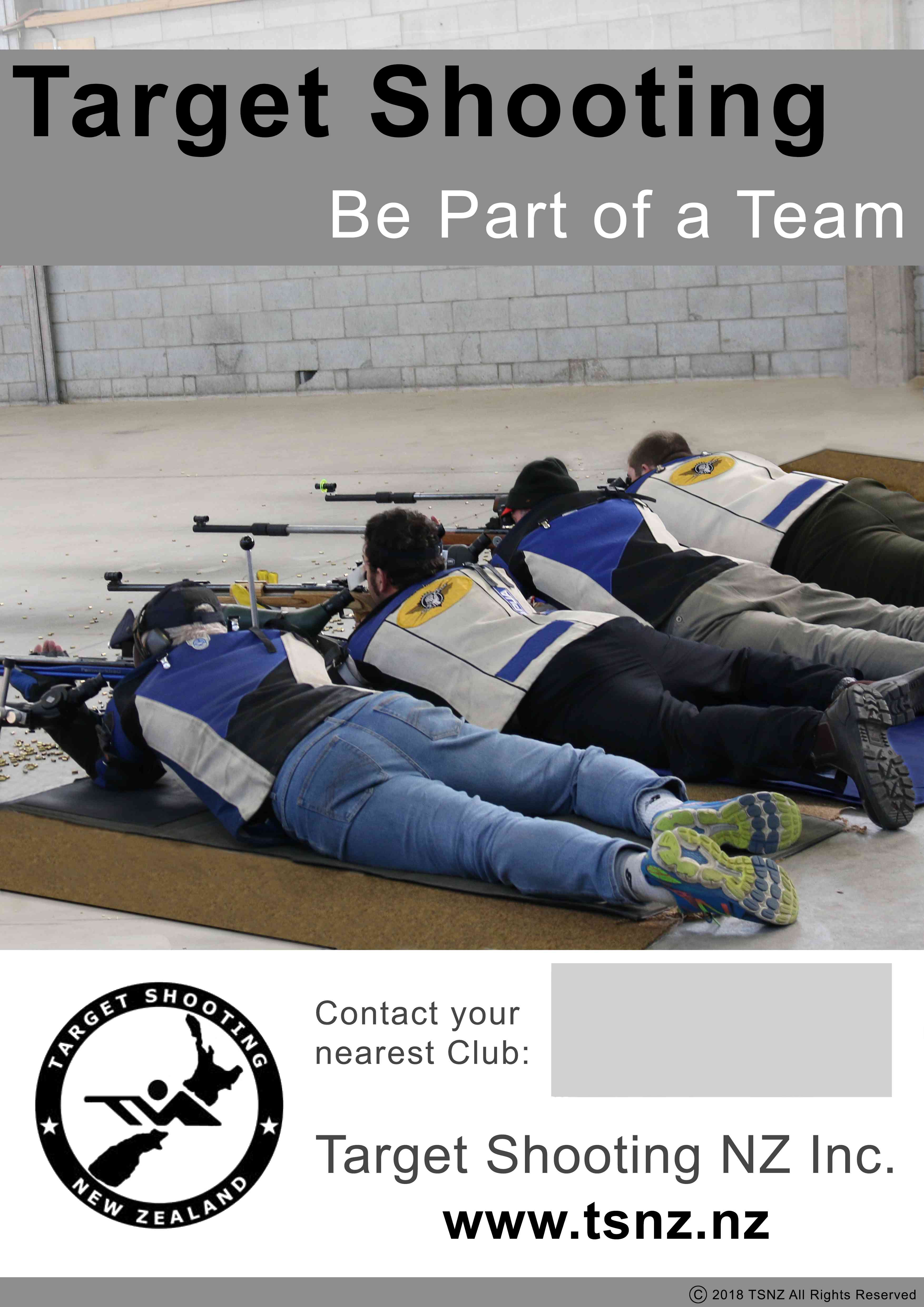 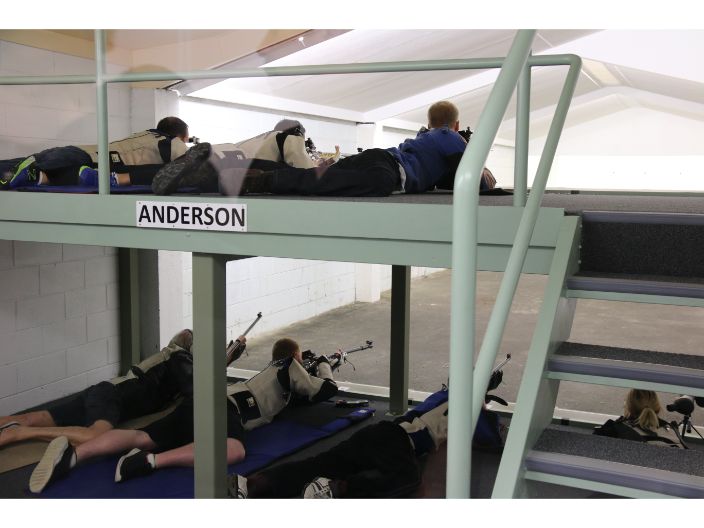 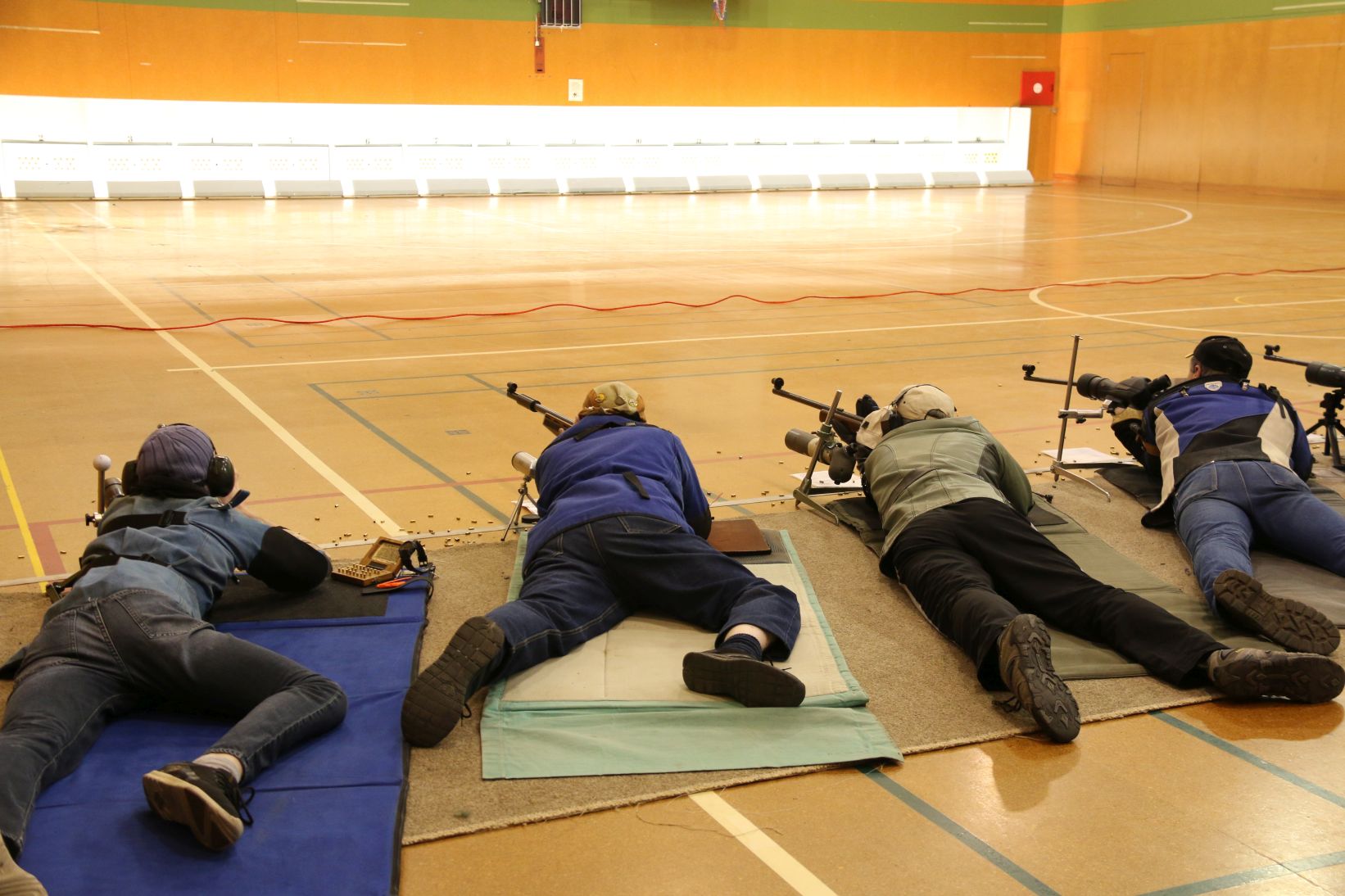 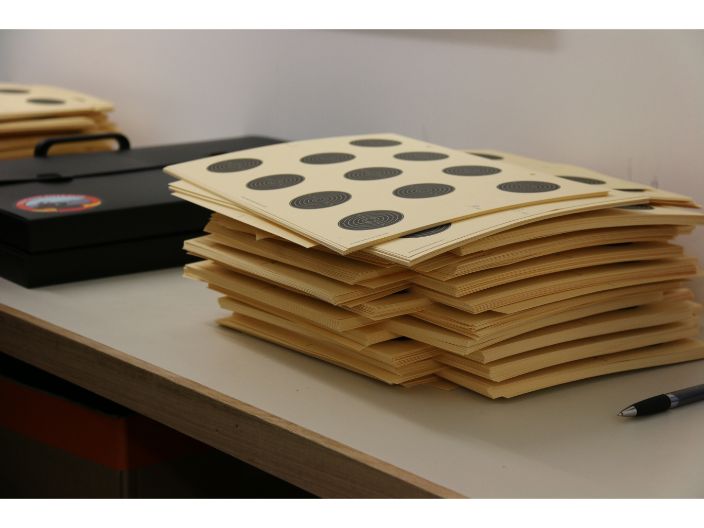 Benchrest shooting indoors is relatively new to TSNZ, and is only run as a separate event at a few Clubs.  Currently there are TSNZ Guidelines for Benchrest shooting which will continue to be moved into Rules as the sport develops.  Shooters can use their standard indoor rifles and sights but the rifle is placed on a rest at both front and back instead of being held, and the shooter sits to shoot instead of lying prone.

Indoor Smallbore Rifle Shooting is not a Commonwealth or Olympic event.
Shooters need to shoot Air Rifle indoors, or move to Outdoor 50m Prone or 3 Position shooting for these higher levels of competition.

Air rifle is shot indoors over 10 metres from a standing position, on indoor ranges with set lighting standards.  Targets may be paper on a pulley system or electronic targets, depending on what the range has available.   The air rifle match consists of a 60 shot event for men and a 40 shot event for women using a .177 calibre target air rifle weighing no more than 5.5kg.

In international competitions, such as the Olympic Games, there are separate Air Rifle events for men, women, and mixed pairs, although both genders jointly contest many of the events in New Zealand.

Air Rifle is an inexpensive way to get into shooting, and it is a particularly appropriate way to introduce juniors to shooting.

Click here to go to the INDOOR / AIR RIFLE page to find out more.

If you or any of your Club Members have anything regarding Indoor shooting you would like to discuss or suggest,
feel free to approach any of the Indoor Committee members.

or Click here to find your closest TSNZ Club